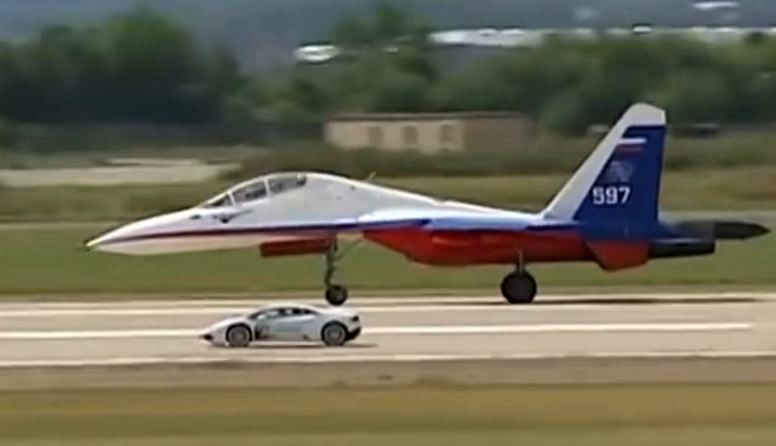 There have been multiple instances in the past where fast cars have been pitted against airplanes. BBC Top Gear did a similar stunt with a Bugatti Veyron and a Eurofighter Typhoon jet. Now, a video emerging from Russia shows the new Lamborghini Huracan taking a dig at a Russian Sukhoi Su-27 fighter jet. Who do you think will win?