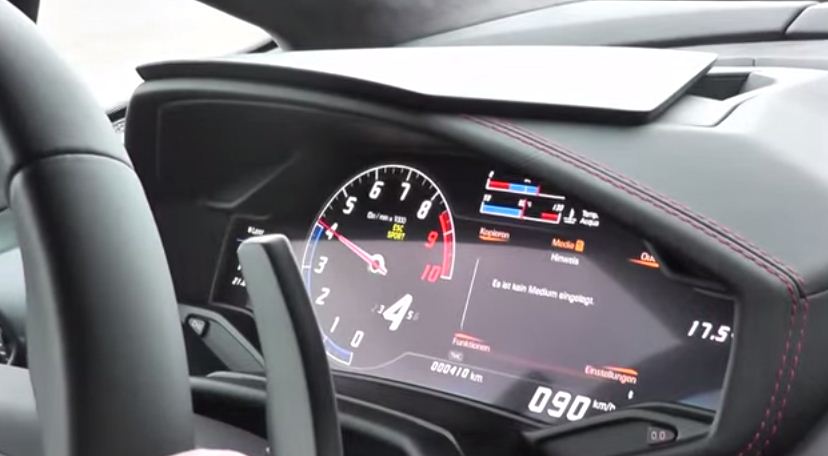 The Lamborghini Huracan LP610-4 is built for speed. It is a supercar that shatters the 200 mph barrier without breaking sweat. That said, maxing this baby bull is not easy on public roads. However, Germany’s de-restricted Autobahns do offer a chance to take this 610 hp Lamborghini to its top speed.

This driver was lucky enough to find a sparsely occupied stretch of the Autobahn where he could attempt to hit the top speed. It did take a few attempts though before he could finally manage to do 205 mph. Even that such high speeds, the Huracan looks pretty stable. The V10 engine provides a nice soundtrack when working overtime. Scroll past the jump for the video.

Click here to watch a Lamborghini Huracan drifting and revving its V10 engine.

Lamborghini Huracan does 205 mph on Autobahn: