As promised, Lamborghini has pulled the wraps off the Huracan EVO Spyder today. The open-top Huracan facelift debuts only a month after its coupe counterpart and is ready to woo visitors at the Palexpo at next week’s Geneva Motor Show.

The EVO Spyder remains identical to the coupe except for the ability to drop its top, of course. The Spyder sports an electrohydraulic soft top that can be lowered in just 17 seconds at speeds of up to 31 mph. When the roof is lowered, two fins rise up to sit behind the seatbacks and an integrated duct deploys between the fins to reduce turbulence in the cabin. When the roof is up, drivers will still be able to enjoy the V10 soundtrack by opening the rear window. 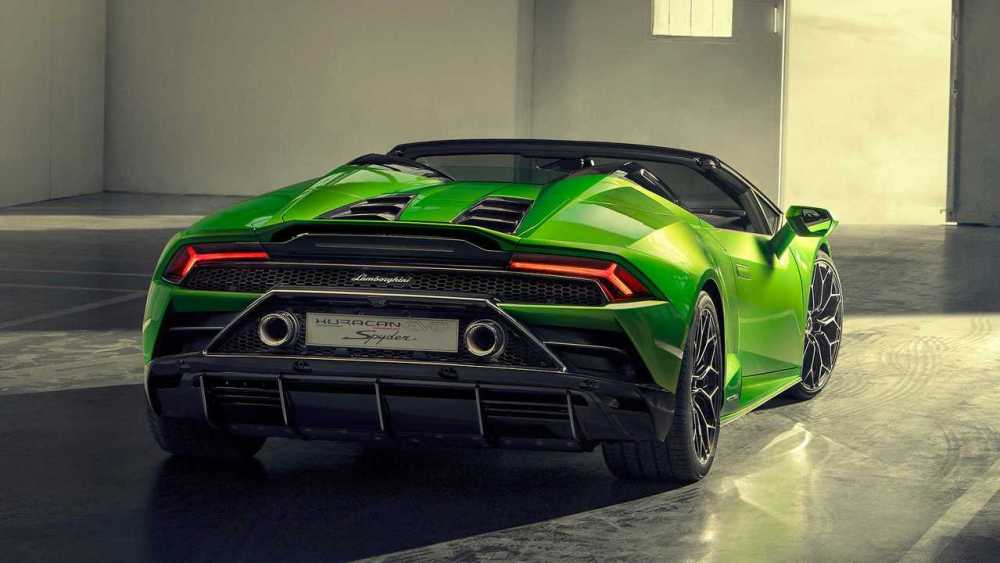 Similar to the coupe, the EVO Spyder features the Lamborghini Dinamica Veicolo Integrata (LDVI) system. This controls every aspect of the set-up and dynamic behavior, including the rear-wheel steering, four-wheel drive, torque vectoring and advanced traction control. It also gets the magneto rheological suspension, tuned dynamic steering and improved aerodynamics of the Coupe. 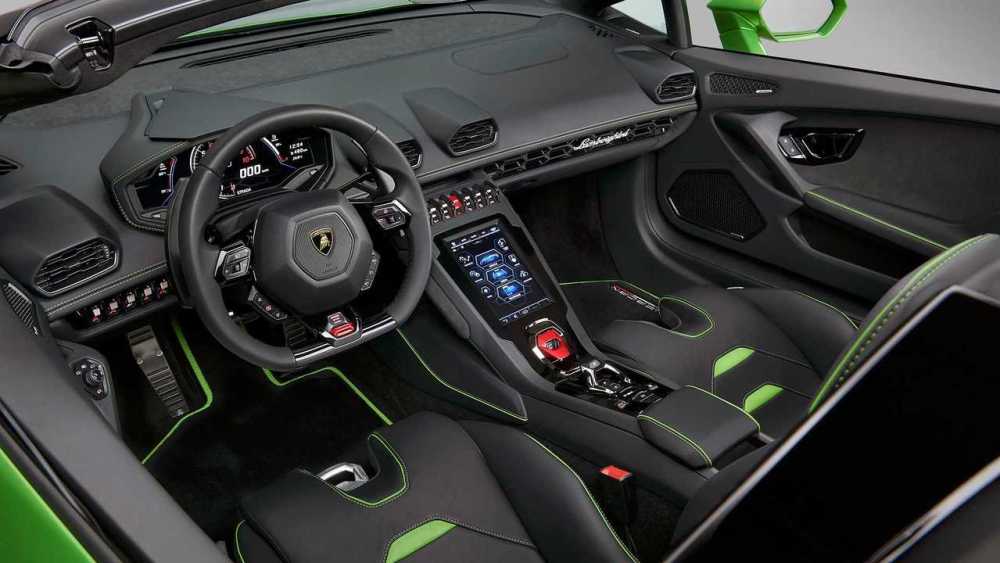 On the inside, a new 8.4-inch HMI touchscreen which debuted on the coupe controls all the major car functions including seats, climate, LDVI system, infotainment with the Apple CarPlay and smartphone integration. 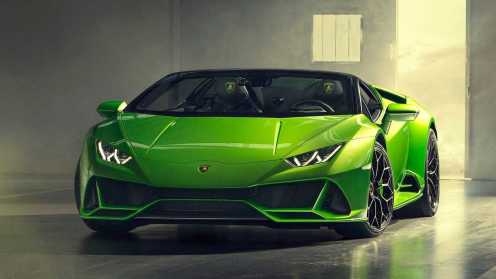 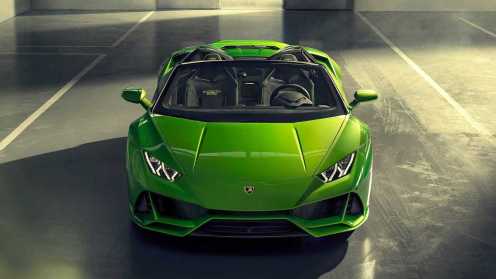 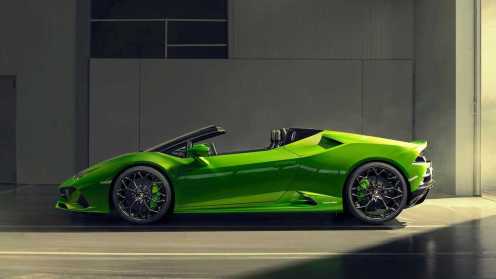 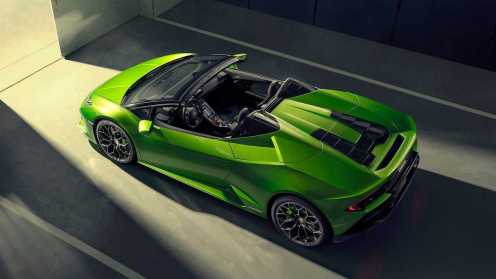 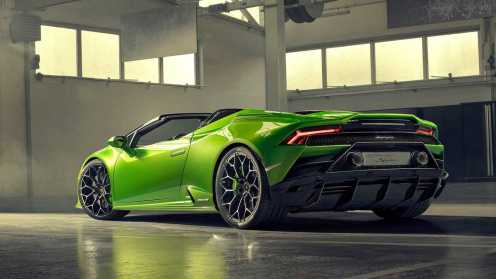 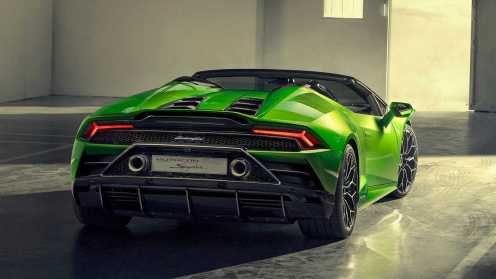 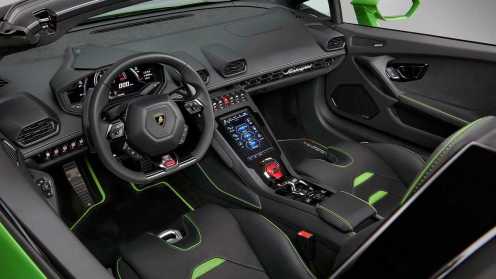 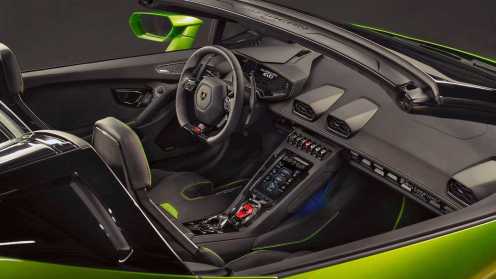