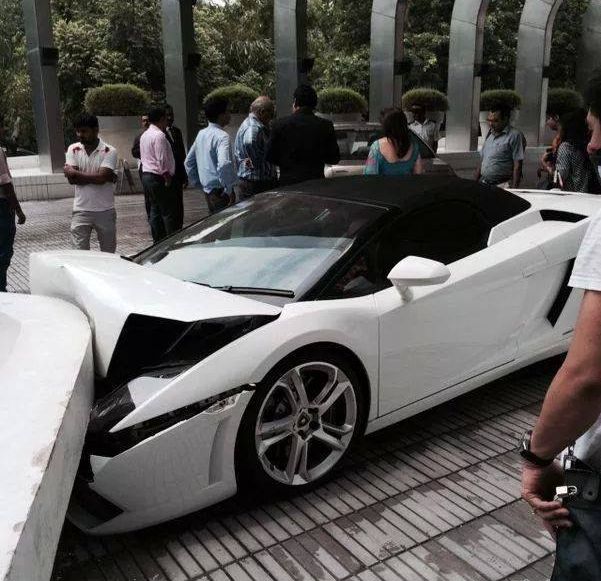 A few days back, a valet with Hotel Le Meridian, New Delhi probably lost his job. This was the fateful day when he crashed a Lamborghini Gallardo Spyder while on work. This is the first time a CCTV footage of the incident has surfaced on the internet. Watch the video carefully as the white Gallardo pulls up to the hotel entrance. The car halts for a moment behind a Skoda Octavia where the driver side door can be seen opening.

That’s where the valet takes over the car and moments later carnage ensues. The Gallardo just misses another valet and hits a Toyota Corolla Altis in the front. The Corolla is sent into a spin as the Gallardo charges ahead before coming to stop hitting the barrier. From the pictures, the extent of the damage to the Lamborghini is quite clear. The Corolla too surfers substantial damage.