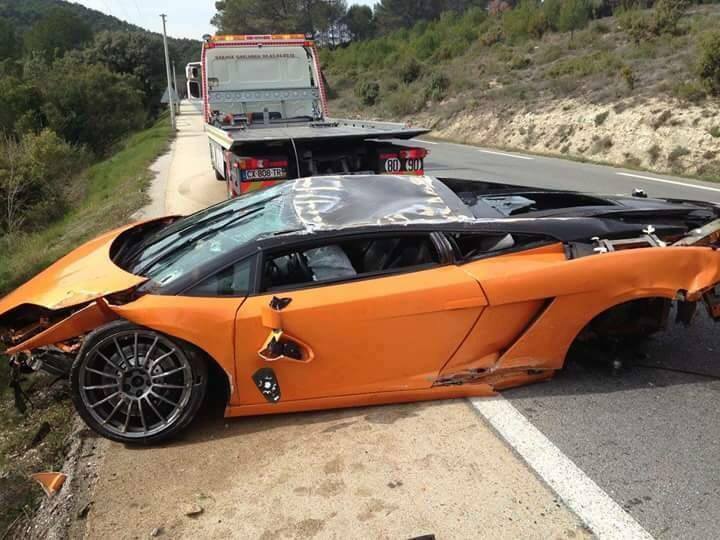 The violent crash flipped the rare supercar which landed on its roof. There’s extensive damage to the bodywork, especially the roof and the rear end. The complete rear subframe was ripped apart in the accident. 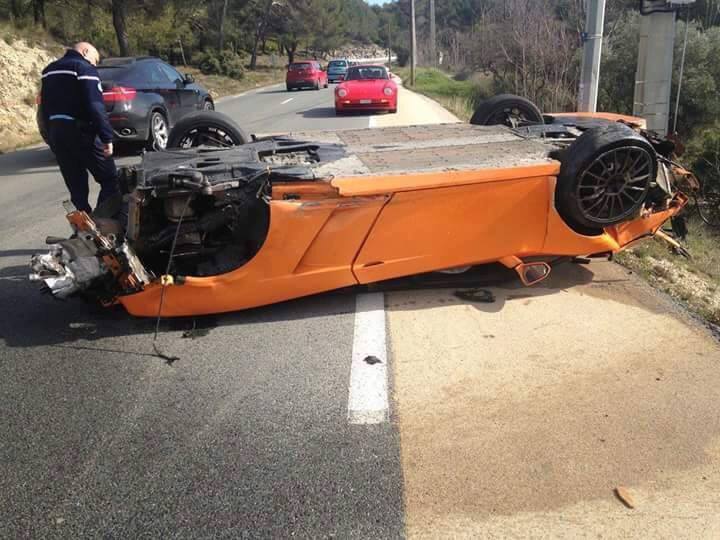 The left rear suspension seems to have taken a massive brunt as the wheel and wheel carrier along with most of the suspension components were strewn around the place. The front end too has suffered major damage. The photos clearly show the terrible state of the front suspension and bodywork. Given the extent of the damage, this Lamborghini Gallardo Bicolore could be a write off. 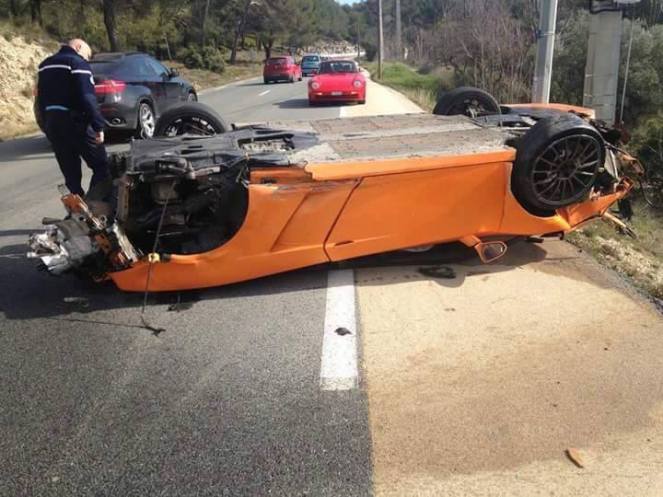 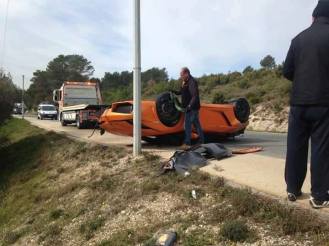 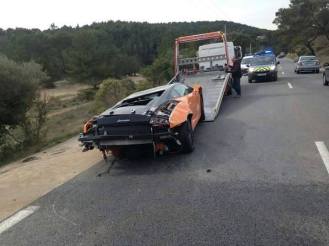 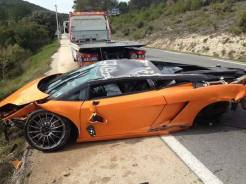 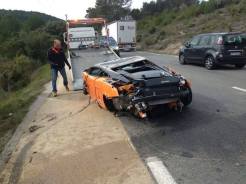 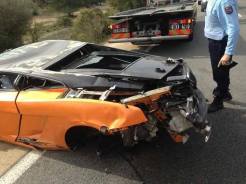 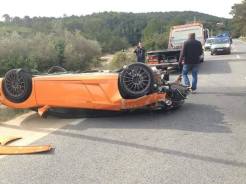