Lamborghini stunned the world when they announced the Huracan Performante’s Nurburgring lap time. To prove their claim they released a handy on-board video of the lap.

The Huracan Performante beat the previous lap record set by the Porsche 918 Spyder by 5 seconds. Now, that’s quite a feat. While the community in general is praising this performance, there have been some skeptical responses coming from certain quarters.

These are people who have multiple race laps of the ‘Ring under their belt and know each and every corner of the 12.9 mile course like the back of their hand.

So, did Lamborghini fake it? 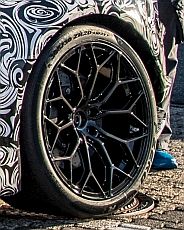 Well, setting a quick lap around any circuit comes down to many factors. Power, suspension setup, weight, tires, etc. In the video released by Lamborghini, you can clearly see a roll cage and racing seat. It also looks like the passenger seat has been removed to reduce weight. That said, it’s not clear any more modifications were made to this car.

We would never know if Lamborghini remapped the ECU for more horsepower. Also, they never mention what tires were used- whether the lap time was set of stock tires or on racing slicks.

Upon close inspection of the image you see here, I can confirm that the car is on Pirelli P Zero Trofeo R tires.

Given that the car in the image is the actual car used for the record run. As we know, the Trofeo R is a track-focused street-legal tire.

Bridge to Gantry has made an in-depth analysis of the Performante’s lap time. According to them, it seems like the footage has been sped up. Also, there discrepancies in the video overlay showing the gauge cluster.

Read about Dale Lomas’ thoughts on this here. 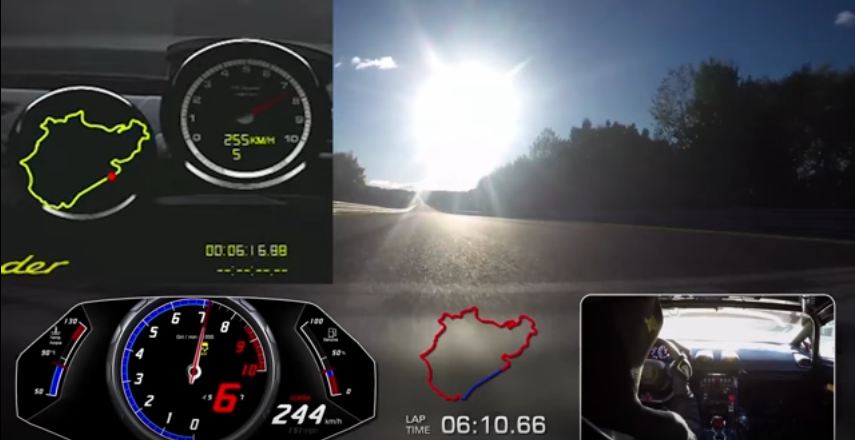 Youtuber Misha Charoudin (BoostedBoris) has also done his bit to analyse this. He compares the Performante’s lap with the 918 Spyder. He concludes that despite the 918 being faster in most of the corners as well as on the straights, the Huracan manages to set a quicker lap time. Which doesn’t make any sense.

Misha rightly points out that the Performante is 36 seconds quicker than the standard Huracan. Well, that doesn’t seem right, does it?

I’m not sure if Lamborghini cheated. But, the evidence presented so far is rather compelling and is enough to raise doubts in my mind.

Do watch Misha’s video below and let us know what you think in the comments section.