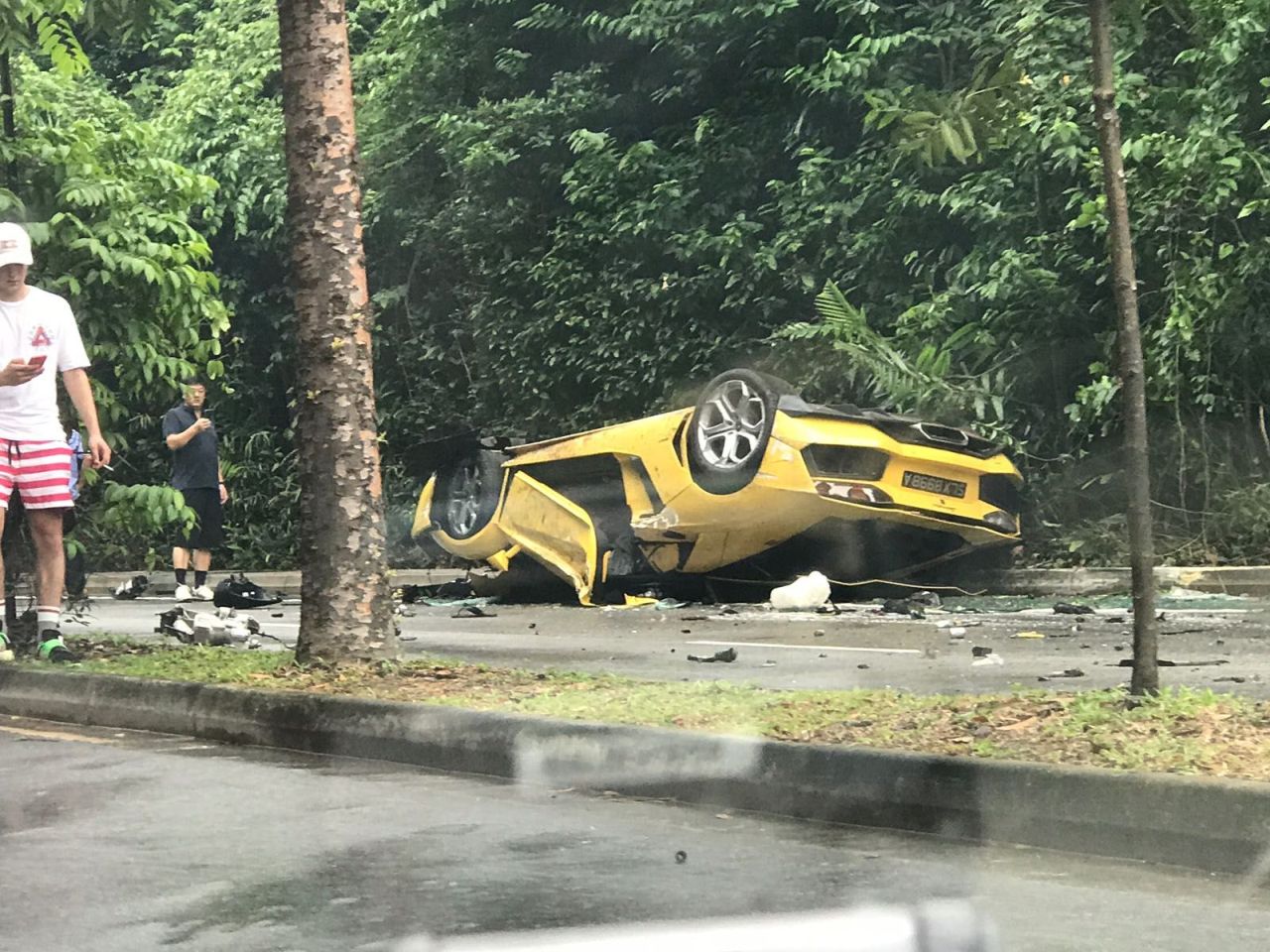 This guy crashed his Lamborghini Aventador, which ended up on its roof.

What’s rarer than spotting a supercar roaring though the streets, you ask? Spotting a crashed supercar! According to a recent report by Yahoo Singapore, a Lamborghini Aventador was involved in a crash in Singapore, as a result of which the supercar rolled over and wrecked completely.

The incident happened at 4:53 pm on May 28, 2018, when the owner of the Lamborghini Aventador lost control and crashed into two other cars. The reason behind the accident is still not known. Apart from the Lamborghini, two other cars were involved in the accident. The drivers of all the three cars suffered minor bruises, post which they were rushed to a nearby hospital.

Judging by the pictures, it can be said that the driver of the Aventador could have been speeding before wrecking out. Also, the street at which this incident happened has a speed limit of just 50 km/h. Somehow, the Aventador landed on its roof, which surprising for a car with a such a low centre of gravity.

It is quite evident that the Lamborghini Aventador has suffered massive damage. The front of the car and the undercarriage has been completely destroyed. According to eye-witnesses, almost half a dozen police cars and ambulances rushed to the scene in a very short time.

We firmly believe that driving a supercar itself is a matter of huge responsibility, as the high amount of power which their engines belt out is not easy to tame – especially in the crowded streets.