The Lamborghini Aventador SVJ has been revealed on the Unica App that can only be accessed by Lamborghini owners.

As expected, the Aventador SVJ gets a revised front end with an aggressive front bumper and splitter with two extractor vents on the top. Also visible in the image is the large rear spoiler with its central pillar. Note, the triangular vent at the bottom of the pillar. That’s probably part of the Aerodinamica Lamborghini Attiva (ALA) active aero system. 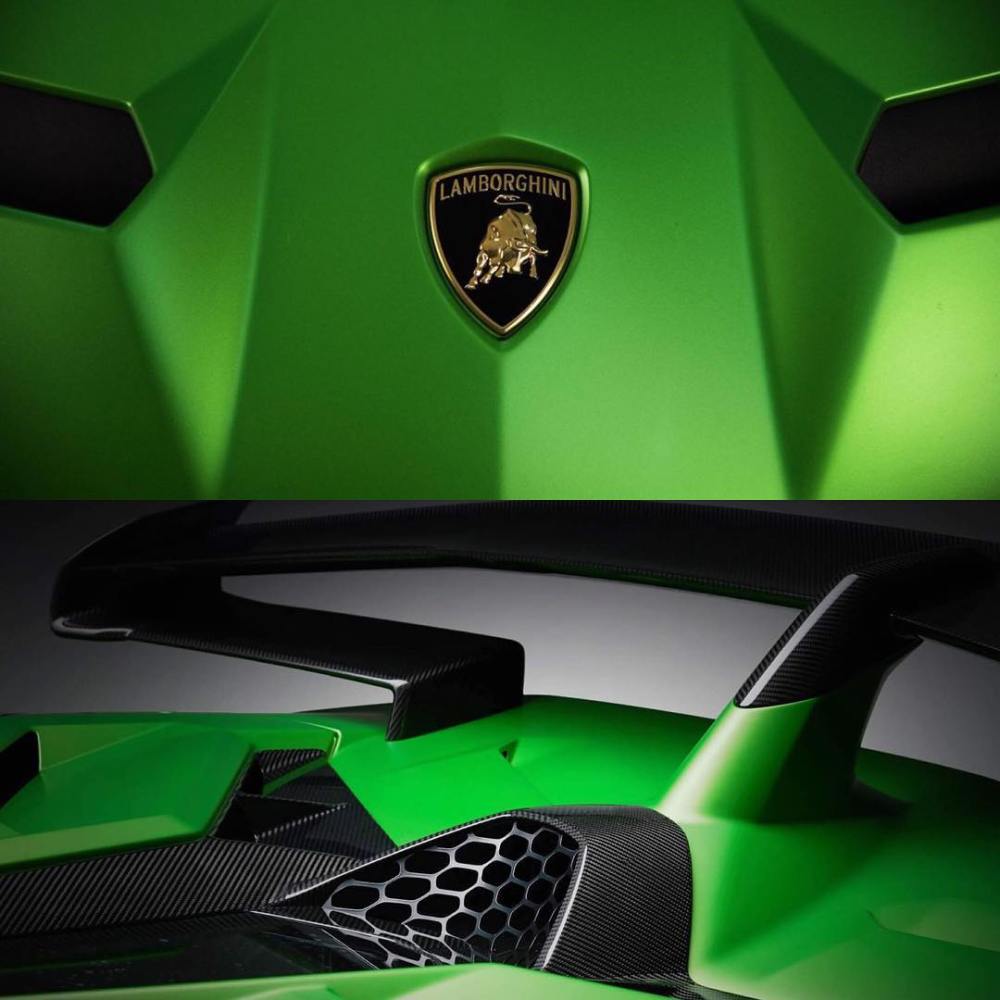 Under the skin, the SVJ will feature a 6.5-liter, naturally-aspirated V12 engine which puts out 770 hp. The engine is mated to a 7-speed sequential manual transmission, which drives all four wheels via an all-wheel drive system. It also has rear axle steering for improved handling.

Due to an increase in downforce, Lamborghini have had to beef up the suspension on the SVJ. The Pirelli Trofeo R tires were also specially developed for this car.

The Lamborghini Aventador SVJ will be formally unveiled at Pebble Beach later this week.