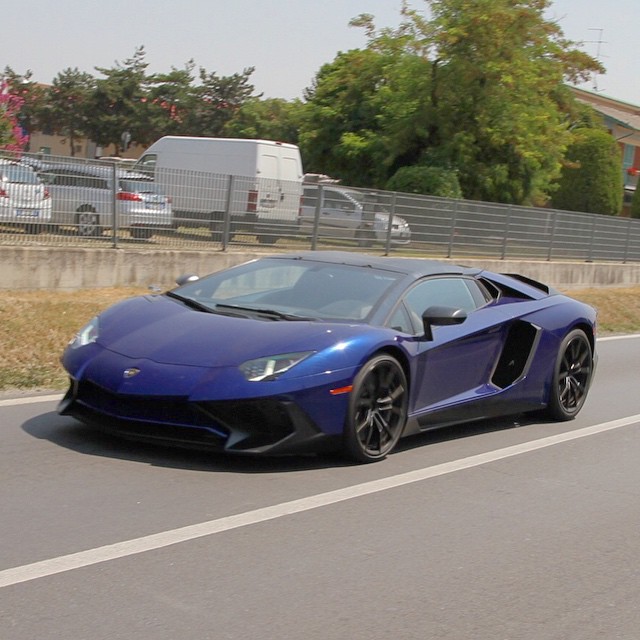 You cannot order a  Lamborghini Aventador SV anymore as the company already has deposits for the 600 units it has committed to build. That said, if you still want to own a brand new Aventador SV, you might have to shell a little bit extra and go for the Roadster instead. 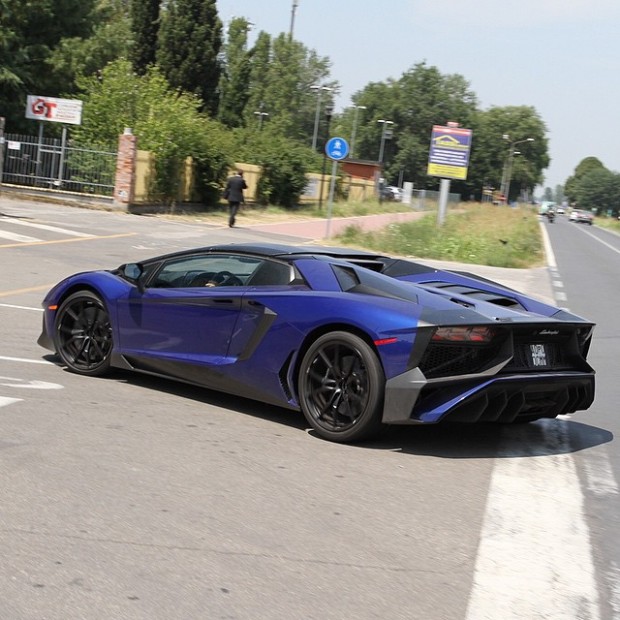 Lamborghini is set to launch the Aventador SV Roadster sometime later. We already have seen a few spy shots of the upcoming supercar and here are some more. This time, Aventador SV Roadster mule can be seen sporting a deep blue paint job over an aggressive looking carbon fiber bodywork. It is surprising to note that the test mule doesn’t have that customary SV rear wing. 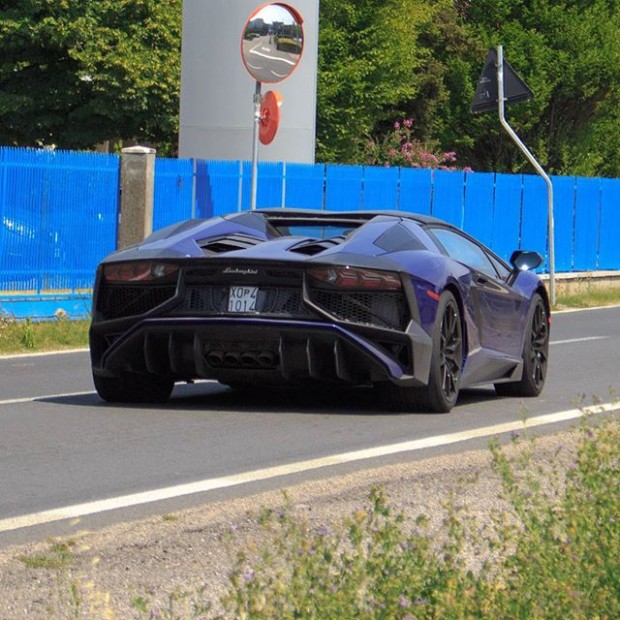 Having said that, under all that fancy bodywork is the same 6.5-liter V12 engine that kicks out 740 hp and 507 lb-ft of peak torque. The Aventador SV is around a 100 kg lighter than the standard Aventador and similar weight drop is expected on the Roadster. Top speed is rated at 217 mph- same as that of the standard car. However, in-gear acceleration and grip has substantially improved.