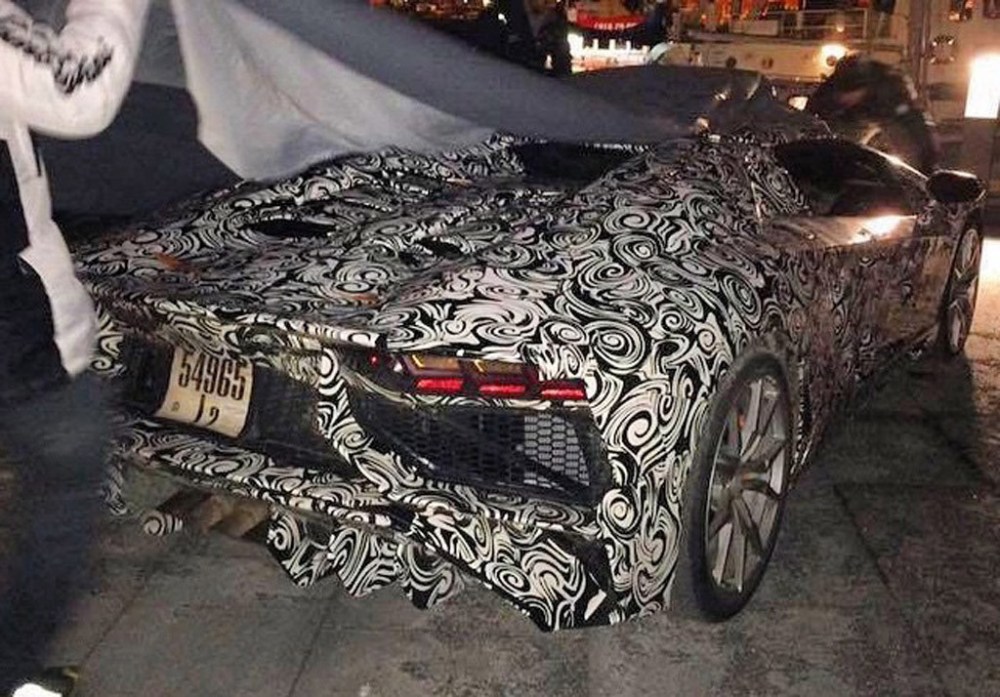 Lamborghini Aventador has an engine that puts out 700 hp. That’s substantial by supercar standards. Now though, Lamborghini plans to give it more poke as the world has gotten used to 700 odd horsepower and there needs to be more for that thing to fizzle in your crotches. At this year’s Geneva Motor Show, they plan to launch the Aventador SV which has already created a lot of buzz online and there’s more news. A Lamborghini Aventador SV Roadster has also been spied.

A Teamspeed.com member has just posted an image of an early test mule that was spotted in Scandinavia. The SV Roadster mule could be seen here in full camouflage and with its top removed. The Aventador does get an electric top and instead makes do with two carbon fiber pieces that need to be installed manually. The roof is clearly missing in the picture featured here.

On the engine and drivetrain front, the Aventador SV Roadster will use the same 6.5-liter, atmospheric V12 as its hard top version that will debut at Geneva. Peak output could be at least 740 hp fed to all four wheels and the internals wrapped in a ridiculously striking body.