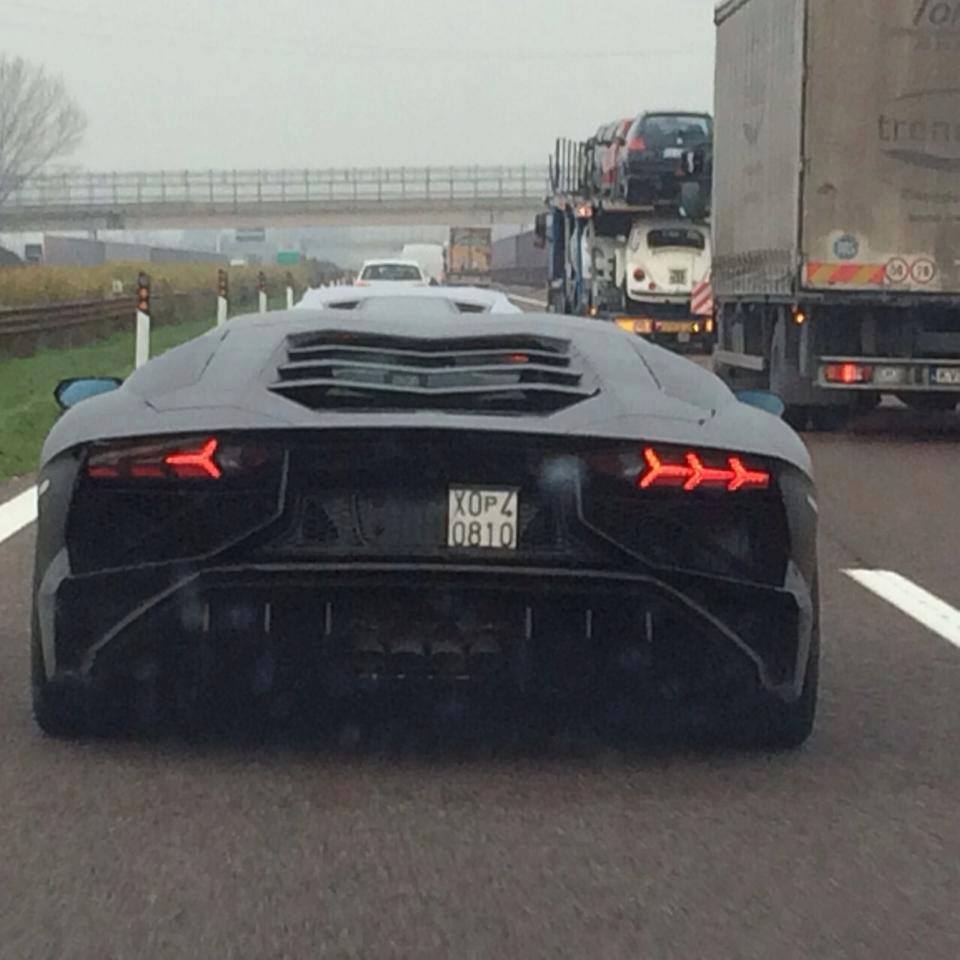 It is lighter, faster and more powerful than the standard Aventador. The Lamborghini Aventador SV is what we’re talking about, which is expected to debut at the 2015 Geneva Motor Show. So, like I said, Lambos that wear the SV badge are special things. The new Aventador SV is expected to sport an 800 hp V12 instead of the standard 700 hp version. Also, expect lots of weight savings and carbon fiber.

It is for the first time that an Aventador SV mule has been spotted in Italy, however not much is known about the upcoming supercar and sadly, there’s just one picture which clearly shows a reworked rear fascia with wider grills and a larger rear diffuser.

That said, Lamborghini dealerships have started accepting bookings for the Aventador SV in fact, Team Salamone is already claiming to be the first customers of the SV on the social networks.