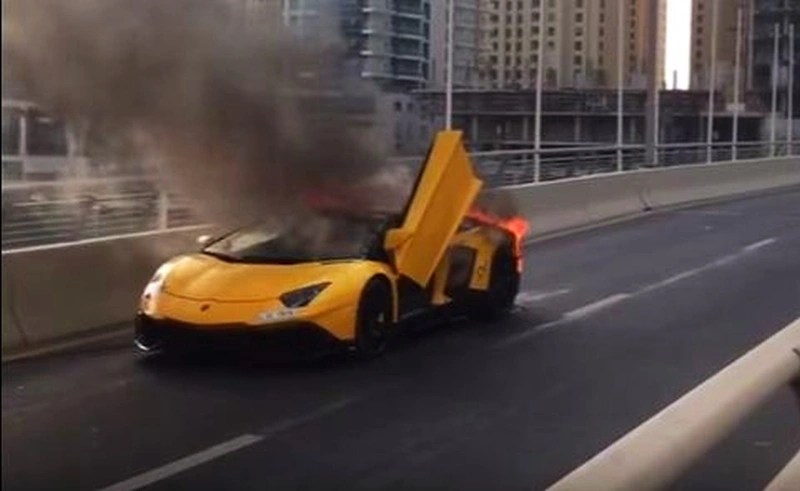 Seems like it ain’t an Aventador SV after all. It is a 5oth Anniversario Roadster with SV badging on the side.

The Lamborghini Aventador SV is currently the most powerful model in the line up. It is a highly exclusive version of the standard Aventador and is built in limited numbers. So, it is definitely a sad day for Lamborghini fans when one goes up in flames. That’s right- a Lamborghini Aventador SV has caught fire in Dubai. The fire seems to have started in the engine bay from where it engulfed the half a million dollar supercar.

A yellow Lamborghi Aventador SV was travelling along the Dubai Marina when the fire broke out. There are also reports of the findings of an initial investigation into what caused the inferno. Apparently, the report puts Lamborghini at blame.

The images enclosed in this story first appeared on ArabGT