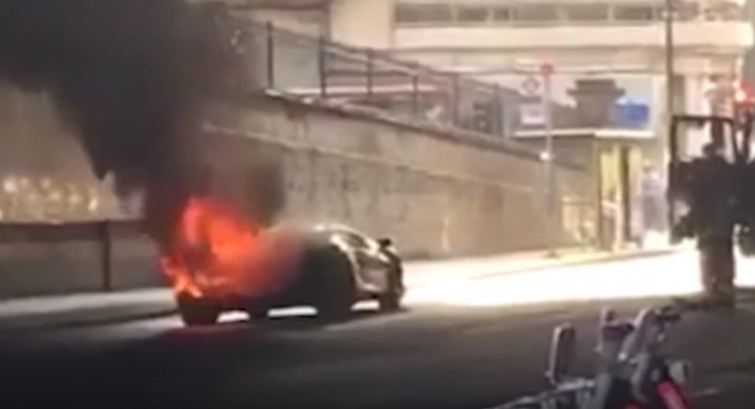 A Lamborghini Aventador went up flames in the middle of London recently bringing traffic to a complete halt around Blackfriars Bridge.

Not too long ago we reported about a similar fire incident involving a Lamborghini Aventador from Japan. While the reason for the fire was not clear back then, this time however according to eyewitnesses the Aventador driver was heard revving the engine in traffic which could have led to overheating as was the case with the Aventador that caught fire in Dubai.

“This chap was sitting in traffic and I heard the car revving, then someone shouted ‘your car is on fire'”, a witness told Express. “It started off as a small flame on the side and then it escalated very quickly, getting close to the engine. At the start, it just looked like the exhaust was flaming like some supercars do.”

Fortunately, the blase was put off within no time by the Emergency services who were quick to respond. The driver of the Aventador got out safely after being notified about the fire by onlookers. In about 10 minutes to douse the fire but it was already too late for the $400,000 supercar.