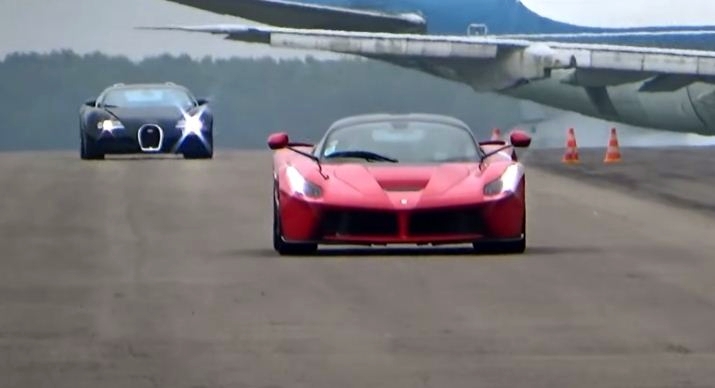 Two supercars and an empty runway to play around. I see a drag race coming. Not often do we see a LaFerrari vs Bugatti Veyron drag battle and hence it was my duty to share this video with you peeps.

The Ferrari LaFerrari is the latest supercar from Maranello and is powered by a very conventional V12 naturally aspirated engine but this time with a hybrid system that provides added boost and takes the combined output to over 950 hp.

The Bugatti Veyron has been around for more than a decade now and is still one of the fastest supercars money can but. The top speed is way above 250 mph thanks to an 8.0-liter, quad-turbocharged W16 engine pumping out over 1000 hp. The Veyron also has all-wheel drive. So in theory, the Veyron should win this one.