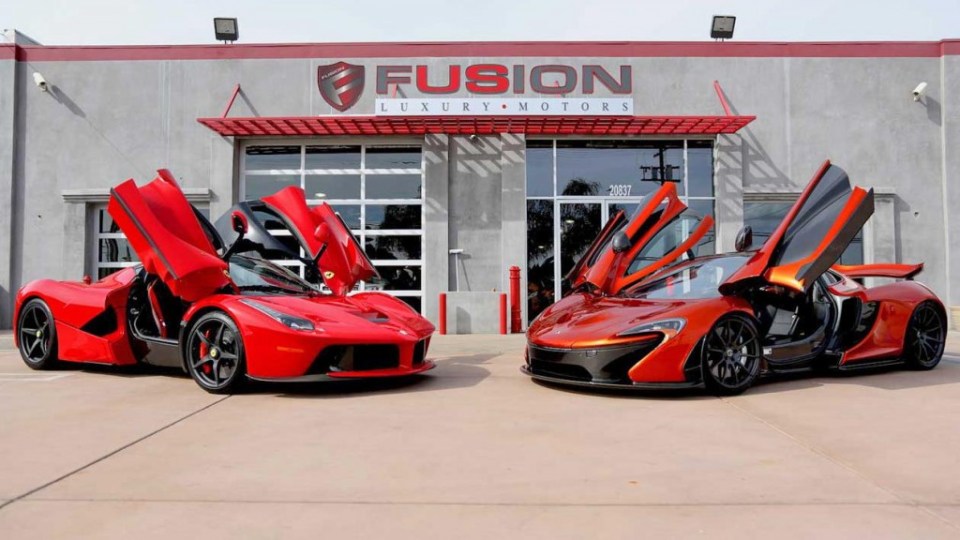 Millionaires in the USA need to take note of this. A dealer in Los Angeles has put up a LaFerrari and McLaren P1 for sale and if you already own a 918, now is your chance to have the “holy trinity” in your garage.

Fusion Luxury Motors in LA currently has a Volcano Orange McLaren P1 and a LaFerrari in stock. Given how rare these supercars are and considering the spec on each of them, the LaFerrari is being offered at $4.2 million while the McLaren P1 is just a $2.4 million. Which means, you basically need $6.4 million to complete your dream garage.

McLaren built just 375 units of the P1 compared to 499 units of the LaFerrari. Clearly then, the P1 is the rarer of the two. However, the demand for the LaFerrari has spiked prices of this supercar in the used market. In fact, a Porsche 918 with a Weissach Package is way cheaper than these two.

The 918 is no doubt a great car, but the P1 and LaFerrari are great in their own respect. Each have their own unique character- the 918 is a hybrid-V8 all-wheel drive, P1 is a twin-turbo V8 hybrid and I think better looking than the 918, while the LaFerrari is a no-nonsense V12 screamer. And at the end of the day, it’s a Ferrari.

We would like see these in @Salomondrin’s garage one day, but I don’t think he would be keen on purchasing these at such an inflated price.