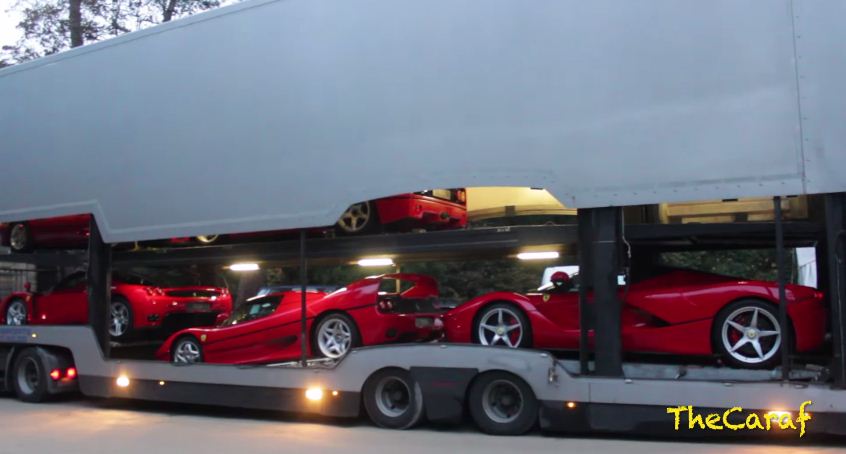 Ferrari’s ultimate supercars are often hard to spot as most of them are usually under wraps in a collector’s garage. It is a special occasion for car lovers when five of the ultimate Ferrari’s ever built come together for an exclusive event. Knokke-Le-Zoute’s Royal Gold Club was the venue for this year’s Zoute Grand Prix which hosted a LaFerrari, Enzo, F50, F40 and a 288 GTO.

It was one of the rare occasions when five Ferrari hypercars were featured at a public show as part of the Concours D’Elegance. The following video documents the supercars being unloaded from a special trailer. The cars are apparently from a Belgian private collector nonetheless, very special cars.