Indian American businessman Kris Singh has placed an order for an Aston Martin Valkyrie. He recently revealed the spec of his new supercar on Instagram. It turns out, Kris’ Valkyrie will be truly unique. The car will be painted in Karosserie Lunar Red specially blended with actual Moon dust – a rare rock from the Moon will be ground to a fine powder to create this paint! 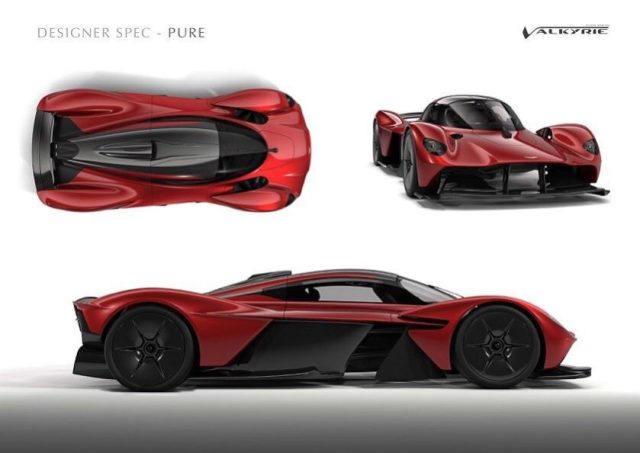 Apart from the otherworldly paint, the rest of car will be finished in exposed carbon fiber. Kris hasn’t revealed the interior of his car but we’re guessing it might be finished in a similar red-black theme. Aston Martin has already announced that the Valkyrie will have endless customization options. So, we can expect to see some crazy specs.

Going by the information provided by a prospective owner, the Valkyrie will be powered by a 6.5-litre, naturally-aspirated V12 engine. The Cosworth-built unit will be capable of producing 1000 hp. Besides, the combustion engine, the Valkyrie will have an electric motor powered by a Formula 1-style kinetic energy recovery system providing another 130 hp. The Valkyrie is expected to weigh around 2270 lbs or 1030 kg.