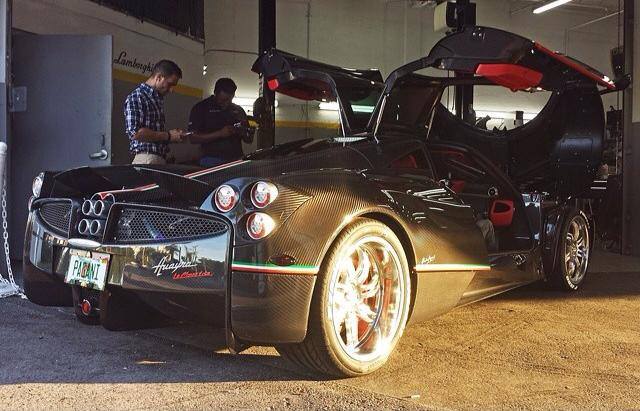 If you are having sleepless nights thinking who would win if a Pagani Huayra, LaFerrari and a Mclaren P1 are pitted against each other on a race track, then you could be rewarded with a race between this supercar trio very soon.

Kris Singh, one of America’s richest men recently bought a bespoke Pagani Huayra and he has now challenged LaFerrari, McLaren P1 owners in the states to a race. Kris’ Huayra or ‘La Monza Lisa’ will take on the two best hybrid supercars in the world in a never-done-before track battle and who would want to witness it.

The news of Kris Singh‘s challenge came out when he posted a comment on Ferrari USA’s instagram calling out to all LaFerrari owners (if they had the guts) to take up the challenge and drive their million dollar machines on any race track of their choice. The only rule being, the owners must be at the wheel.