Kris Singh (@lamborghiniks) has commissioned a new supercar. It’s the Pagani Zonda UFO and yes, it’s another Zonda whose production actually ended back 2011. However, there’s something special about the Zonda that makes Horacio Pagani build more of these.

Since its early days, the Zonda has received numerous upgrades both on the outside as well as under the bodywork. The Pagani Zonda UFO is based off the latest, most extreme roadster chassis. The most striking feature on the Zonda UFO is the massive rear wing and a distinct shark fin. Like some of previous special edition Zondas, the Zonda UFO gets a large intake scoop right behind the passenger cabin. 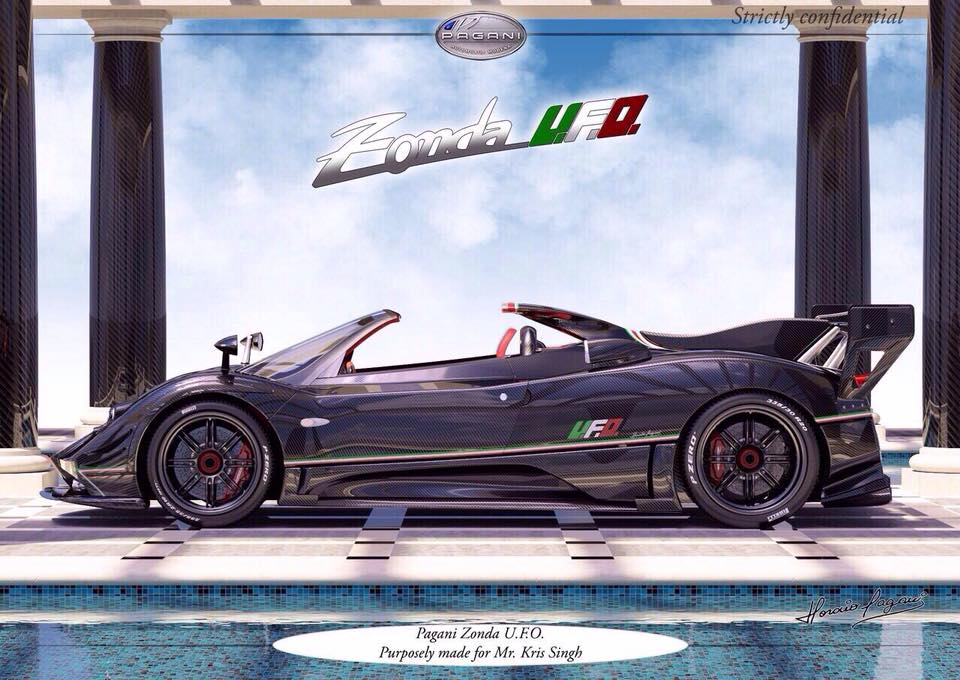 There are dive planes on the front along with a low-riding splitter and extraction vents on the wheel arches. The rear end of the car is almost as busy as the front with protruding aerodynamic surfaces and an oversized diffuser. The Zonda UFO is finished in bare carbon fiber with the Italian tricolore running along the length of the car. It also matches Kris’s other Pagani- the Huayra La Monza Lisa.

The Pagani Zonda UFO will most probably be powered by the 7.3-liter naturally aspirated AMG V12. Although, details about the engine powering the Zonda UFO are scarce, we expect it to be the top-of-the-line version with over 750 hp.

Moreover, it seems this will be the last Zonda. At least, that’s what it says on the leaked images. 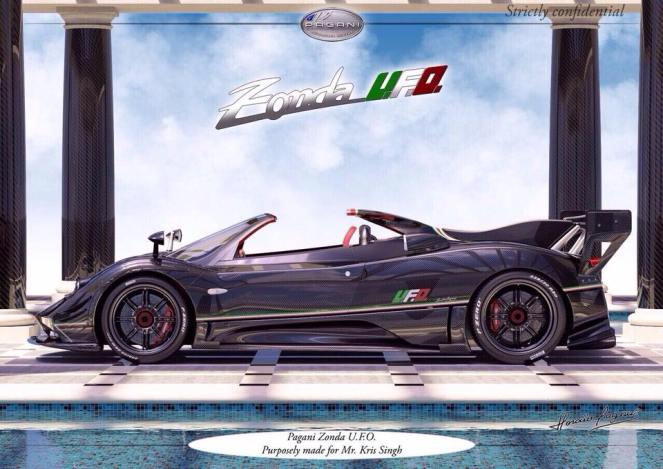 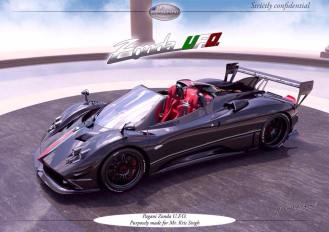 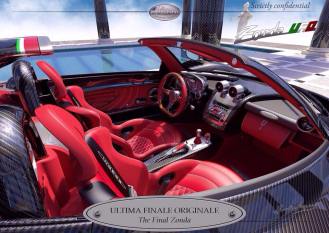