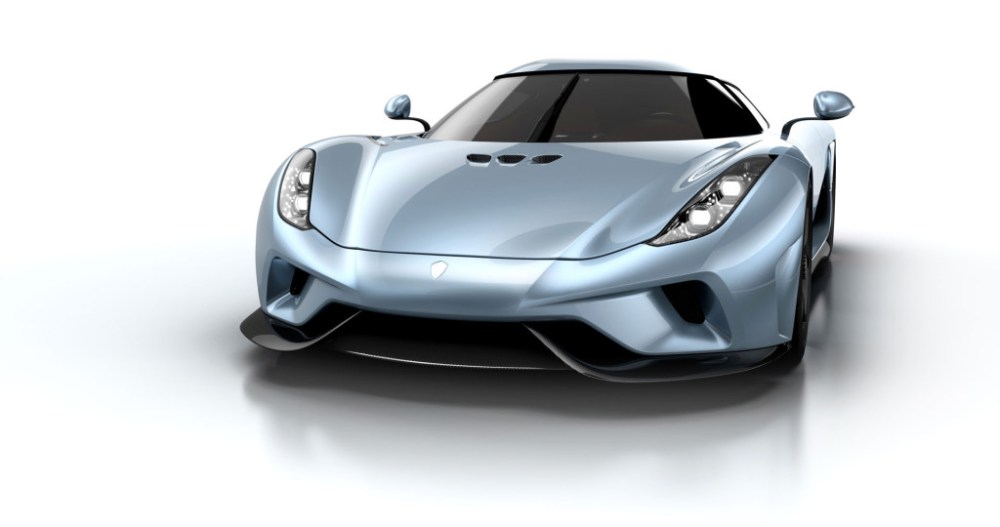 Koenigsegg Regera hybrid “megacar” is here. Official images have been released and so too are specifications. The Regera uses the same 5.0-liter twin-turbo V8 engine with a combination of electric motors- one at the crank and one at each driveshaft. The combined output of the system is 1500 hp or 1.11 mega watt. It is a plug-in hybrid with batteries that can be charged via an external energy source.

That said, it does carry a 3 kW charger on board for the 9 kWh liquid cooled battery pack that has enough energy to propel the car for 35 km on pure electric power. The powertrain is mated to a Koenigsegg Direct Drive (KDD). The car also features a unique titanium exhaust system by Akrapovic. Gen-2 carbon wheels with 275 section front are also being used for the first time. Koenigsegg also pioneered world’s first foldable, top-mounted active rear wing with speed brake.

The Koenigsegg Regera hybrid costs $1.9 million and the company already four pre-orders and plan to further expand their production line in near future. 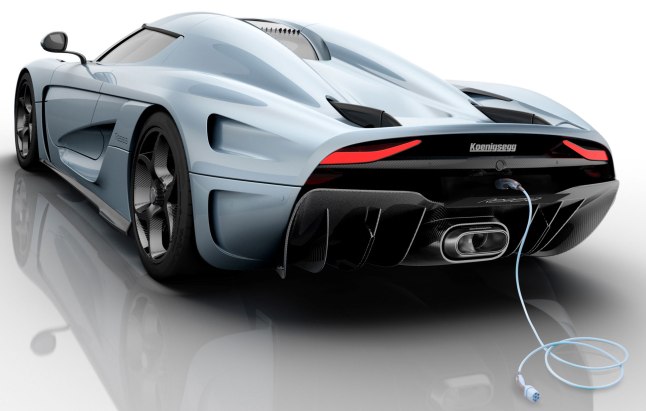 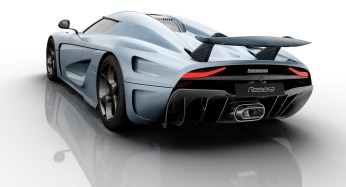 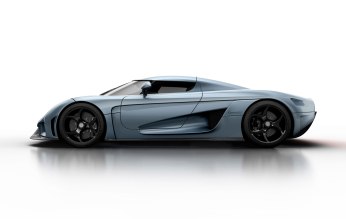 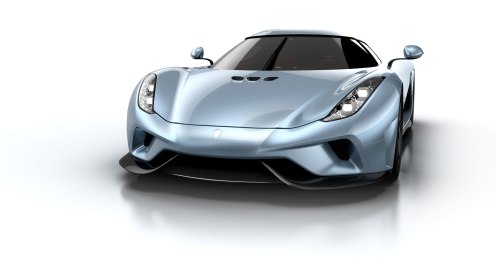 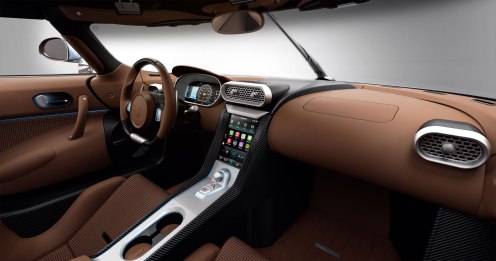 More leaked images of the Koenigsegg Regera hybrid supercar are out. We are able to share these exclusive pictures courtesy of Love Cars as the world waits for the official unveiling later in the day. The Regera is Koenigsegg’s first attempt at making a high performance hybrid and it is believed that the combined output could be around 1500 hp with peak torque of 2000 Nm and 0-400 kph in under 20 sec! 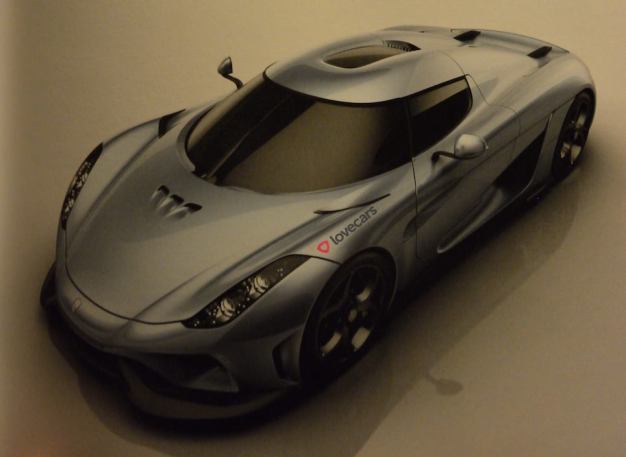 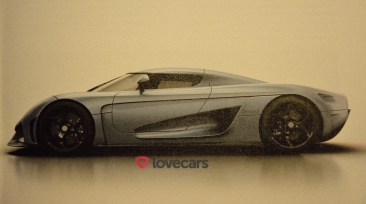 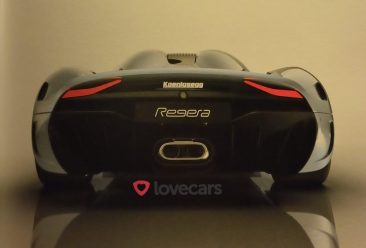 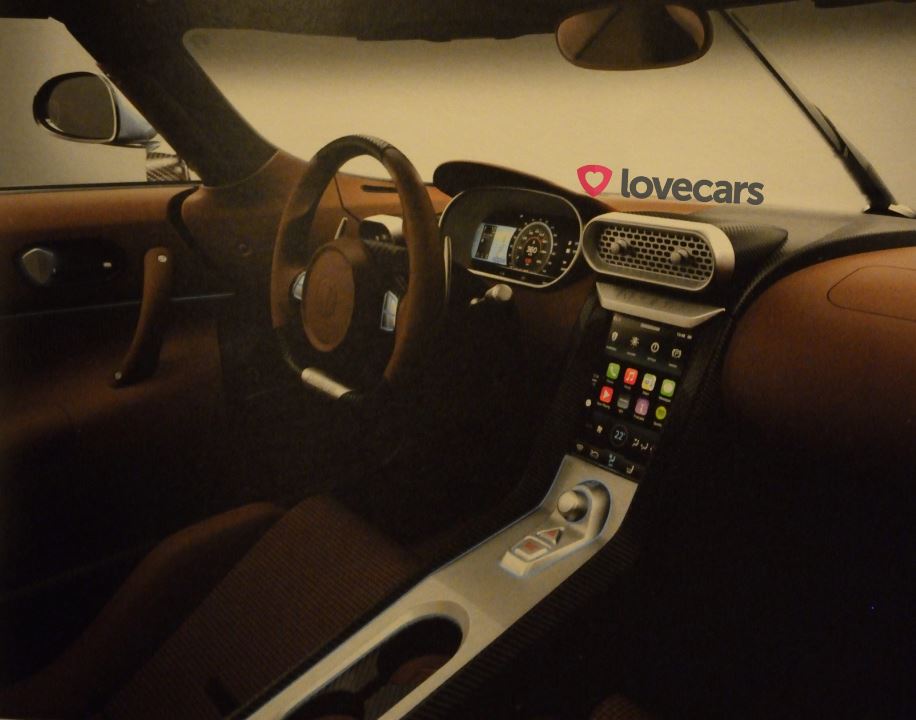 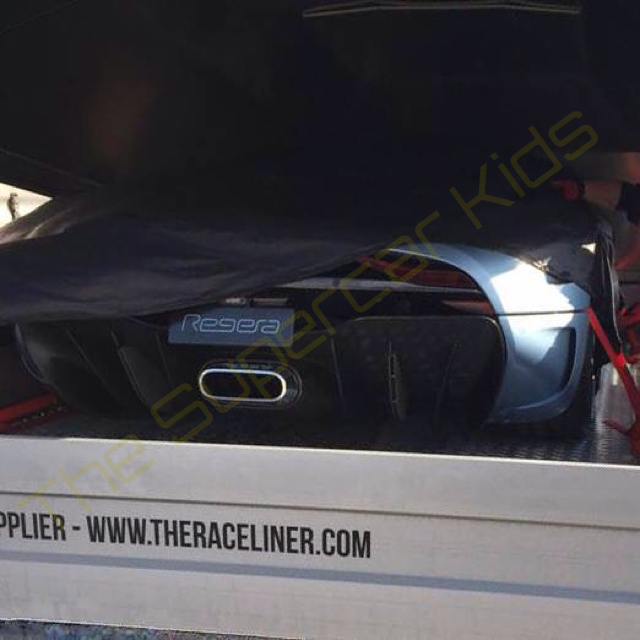 [Update] Koenigsegg Regera, this is it. Our friends at The Supercar Kids have got hold of a few images of the soon to be unveiled hypercar. It will also be the first plug-in hybrid supercar coming out of Sweden.

While, the images don’t reveal the complete picture, the Regera seems like a completely new design, unlike Koenigsegg’s previous hypercars. It clearly seems like a new design direction for the company. May be, they want to differentiate their hybrid products from the gas-guzzlers. Some of the interesting bits that are visible in the pictures are the large central exhaust that looks quite a bit like the one found on the Lamborghini Murcielago. 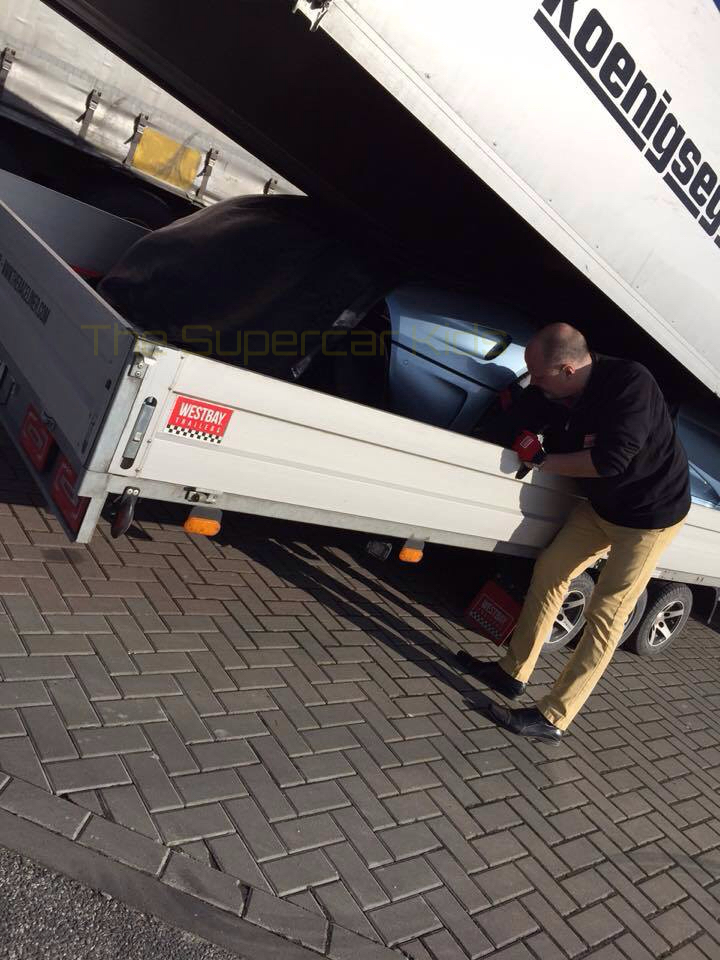 Koenigsegg is set to unveil a new hypercar at the upcoming Geneva Motor Show. No one knows how the new “Megacar” looks as the only thing that we’ve been able to secure till now is a graphic of the front-end. Previously, we had posted another image which you can view by scrolling down. Having said that, I will be updating this post as and when new information is available. So keep watching this space. 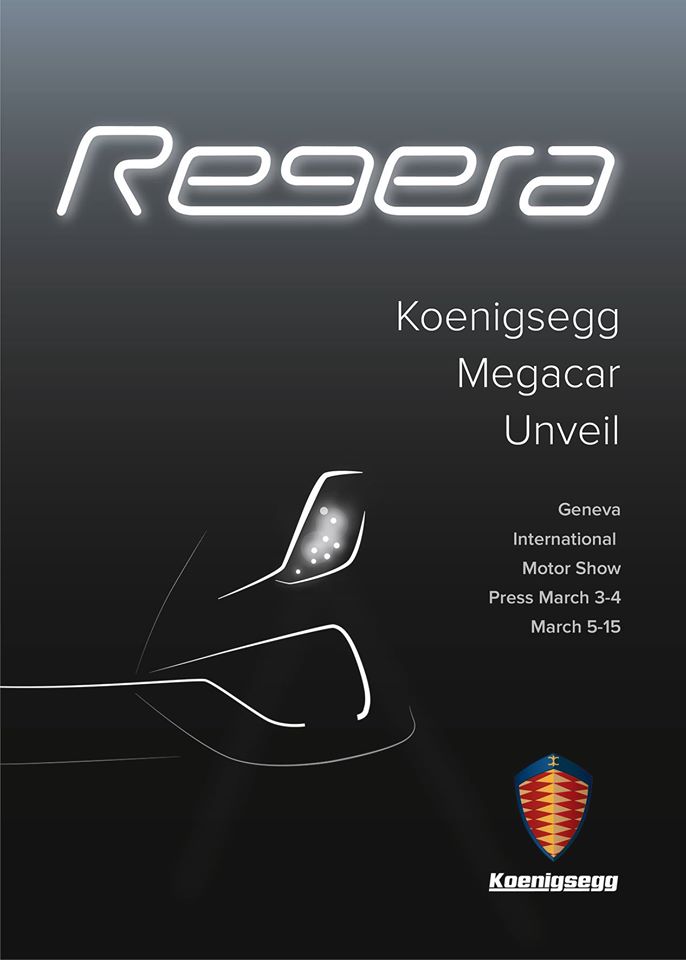 “‘The Regera – a new Era
The Regera was created as a luxury Megacar alternative to Koenigsegg’s traditional extreme lightweight race-like road cars. Even though the One:1 and the Agera RS have surprising levels of practicality, creature comforts and features, their primary focus is, and has always been, to be the overall fastest cars on the planet – around a racetrack or elsewhere. Regera is Swedish for “to Reign” – a suitable name for a machine that offers a never seen before combination of power, responsiveness and luxury, while maintaining an understated Scandinavian cool – In short, the Regera has a Dr Jekyll and Mr Hyde personality.’” 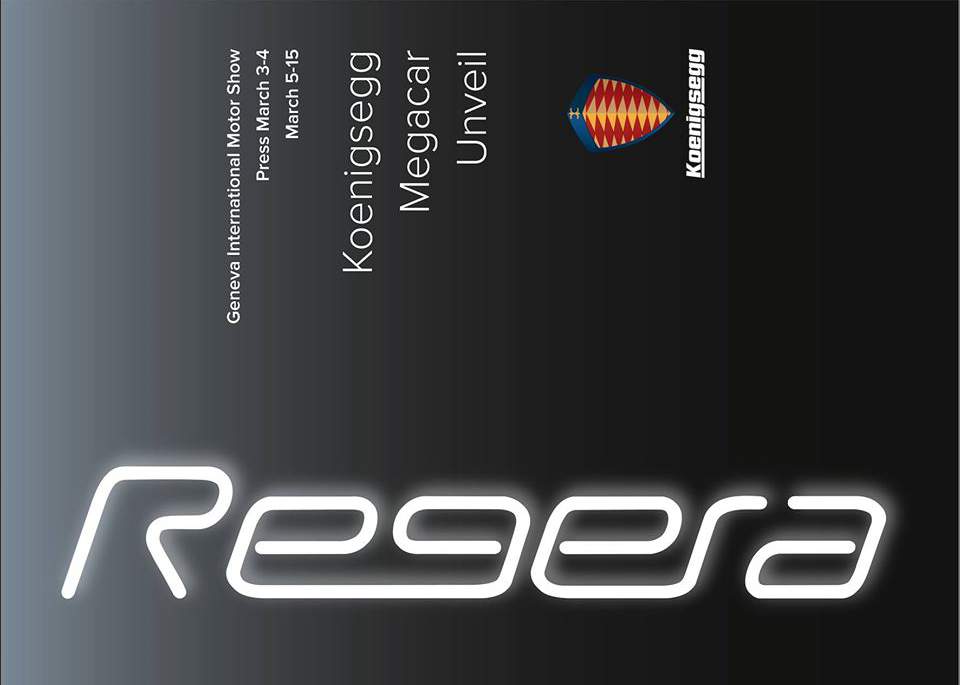 Koenigsegg stunned the world when they launched the world’s first ‘Megacar’- that’s a supercar powered by a one megawatt engine. The Koenigsegg One:1 became the flagship of the Swedish supercar brand setting new technological firsts and a power to weight ratio of 1 hp per kilogram. Now, the company has announced yet another ‘Megacar’ that will be showcased at the Geneva Auto Show in March.

The Koenigsegg Regera will debut along with the Agera RS that is also scheduled to be showcased at the show. The Regera could feature the same powertrain as the One:1 with power output from the bi-turbo V8 topping around 1341 hp. Could the name point to some new technology? Well, may be. Given the world of supercars is now dominated by hybrids, Koenigsegg could be looking at going the same way.

Secondly, Koenigsegg has been developing certain engine technologies that could revolutionize the IC engine as we know it. May be the Regera is the first supercar to use cam-less engine and energy recovery system. We will have to wait till March 3, 2015 to put an end to all speculations. So, keep watching this space for updates.