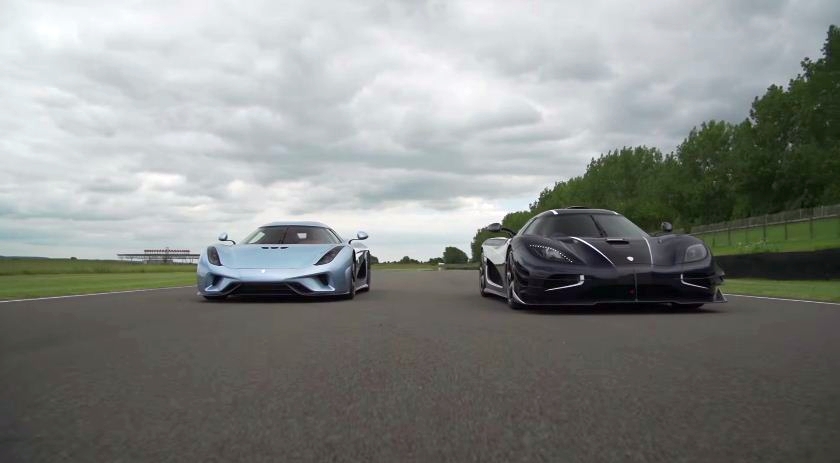 Each year the Goodwood Festival of Speed hosts select car makers from around the world who come to share their creations with the general public. Last year, Koenigsegg brought the One:1 Megacar to the Festival of Speed and this year they had yet another engineering marvel on display. The Koenigsegg Regera made its public debut during the Goodwood weekend and here’s an exclusive video of two of the most powerful supercars on the planet.

To give a you an idea of great levels of performance Koenigsegg has managed to reach, here are some statistics of the Regera. It is the Swedish company’s first hybrid supecar. It retains the monstrous twin-turbo V8 from the One:1 but now gets an additional set of electric motors that up the overall output to 1500 hp. Some estimates even suggest that the combined peak output of the engine and electric motors could be around 1700 hp.

One of the most innovative tech features on this car though, is its gearbox- or the lack of it. That’s right, the Regera hasn’t got your usual transmission. Instead, the powertrain is connected to Koenigsegg Direct Drive which is a first of its kind on any supercar in its class. For more information on the Koenigsegg Regera, jump to our comprehensive Geneva coverage by clicking on the link.

Koenigsegg Regera and One:1 driving together: World Exclusive