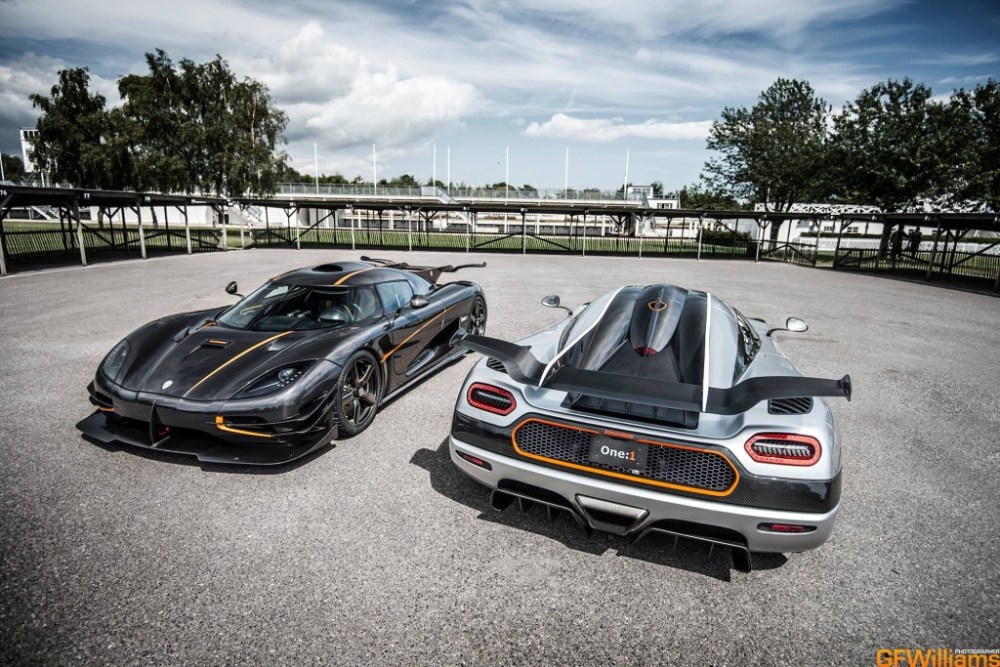 Koenigsegg One:1 at Goodwood

Koenigsegg will present not one but two of its One:1 “megacars” at the 2014 Goodwood Festival of Speed. The Swedish supercar maker has brought one of the first production-spec One:1s to the annual car show along with the prototype that was first showcased at the Geneva auto show, earlier in the year.

Previously, we had published a story with an image showing a very special Koenigsegg One:1 being loaded on to a trailer. You can read that story here. This car in its production avataar features a black paint job with golden accents. It uses the monstrous 1341 horsepower twin-turbocharged V8 engine as promised. The overall weight of the car has been substantially reduced, so that the car now weighs as much as the engine’s total output.

One of the Koenigsegg One:1 will be on display at the Michelin pavilion while the other will be parked at the Supercar Paddock. Koenigsegg will also participate in the customary hill climb event which is one of the highlights of the annual Goodwood Festival of Speed. Meanwhile, the company has released this picture of both the One:1s basking in the Goodwood sun. Later, we will also publish an official video featuring the awesome Koenigsegg One:1. So, do stick around.