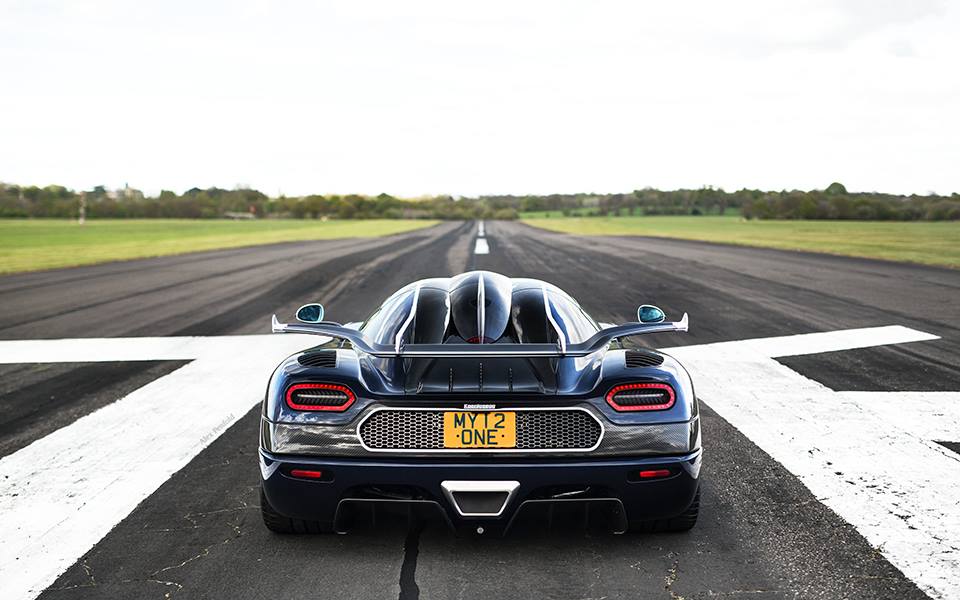 VMax200 is a great place to spot the fastest supercars on the planet. This past weekend, exotic cars from around the UK gathered at the private runway to attempt and set the fastest speed on the main straight. The star of this year’s showcase was The BHP Project‘s new Koenigsegg One:1 hypercar.

The Koenigsegg One:1 is the fastest and the most powerful hypercar of the Swedish brand. Its 5.0-liter V8 packs 1341 hp and is super lightweight achieving a power-to-weight ratio of 1:1. It is also a series production car with a one megawatt of power. Hence, it is also known as the “megacar”. Among other technical innovations, Koenigsegg has built carbon fiber rims for it. One:1 also boasts of the first top-mounted active rear wing.

The BHP Project’s Koenigsegg One:1 is one of the first few ever produced by the Swedish firm and is painted in a dark shade of blue with white accents. The car clocked 225 mph at the event making it the fastest road car at the event. It hit the quarter mile marker at 135 mph and the standing mile at 200 mph.

Koenigsegg One:1 at Vmax200 Hypermax: