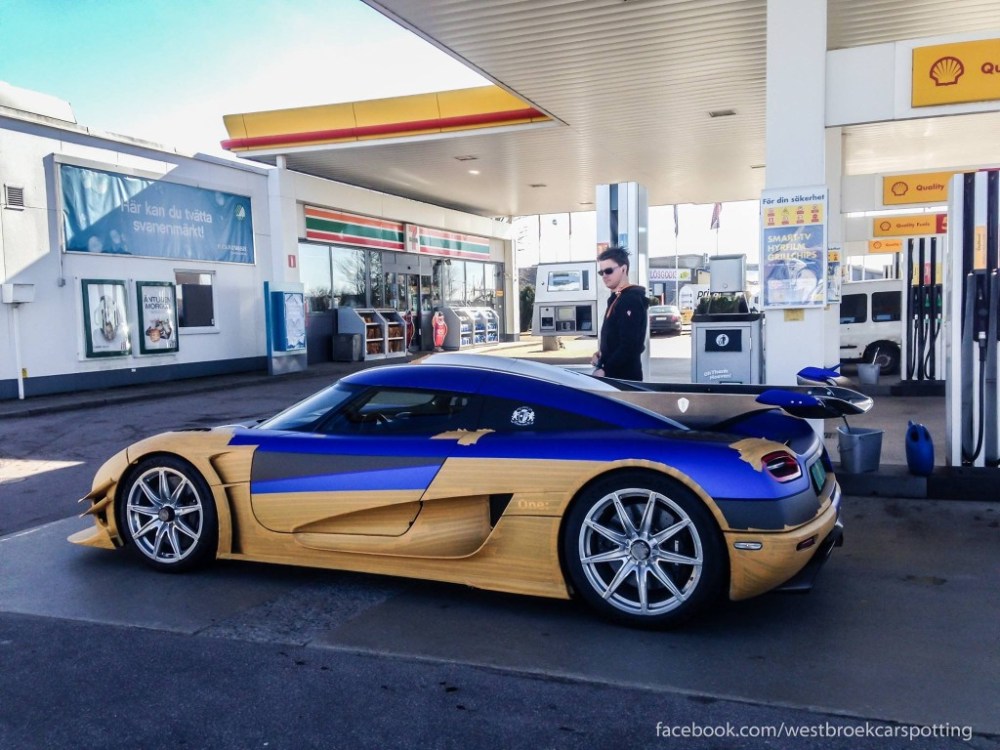 The Koenigsegg factory in Ängelholm, Sweden has built another One:1 megacar. The Koenigsegg One:1 was unveiled at the 2014 Geneva Motor Show and has surely been a hit with supercar buyers from around the world. Like all other Koenigsegg supercars, the One:1 is also built by hand in a fairly small factory with a comparatively small workforce. This matte blue car featured here could be fifth unit the company has produced and that’s including the show cars.

Now, the Koenigsegg One:1 is the world’s first “megacar”. That’s because, the 5.0-liter twin-turbo V8 engine puts out 1 megawatt of power which equals to 1360 PS or 1000 kW. The car is built almost completely out of carbon fiber. Even the wheels are single piece carbon fiber and weights 1360 kg which gives it a perfect Power:Weight ratio of 1:1. Hence the name.

Koenigsegg unveiled two new supercars at this year’s Geneva Motor Show- Agera RS and Regera. Click on the link to read more about these Swedish supercars.