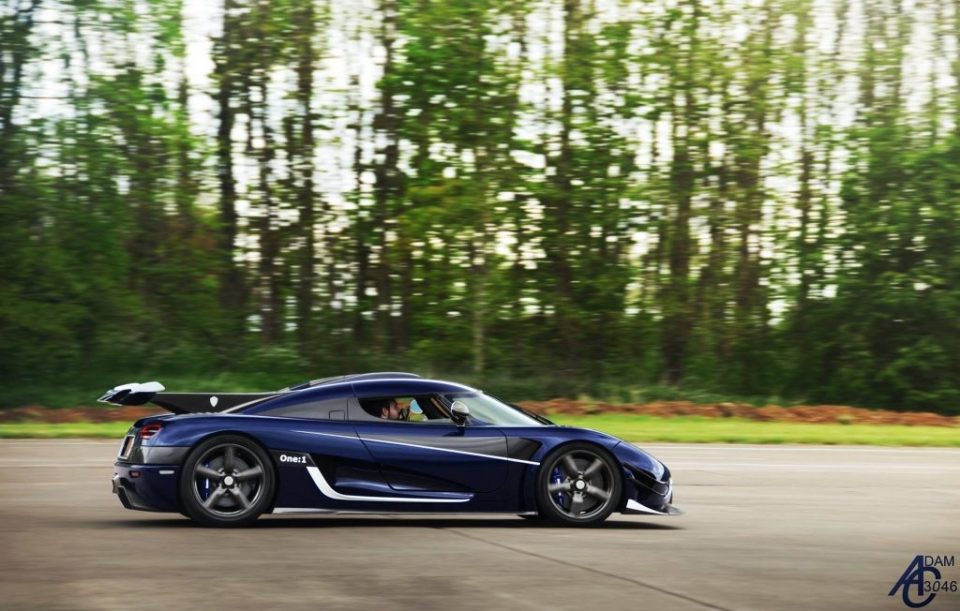 A Koenigsegg One:1 just set a new top speed record at the annual VMax200 event in the UK. After hitting 230 mph on its first run, it broke its own record by registering 240 mph with some runway to spare.

This blue One:1 run by guys at The BHP Project has featured regularly at VMax200 events ever since it was delivered to the UK. It is also the first One:1 in Britain.

The Koenigsegg One:1 is the most powerful supercar to come out of Sweden. It packs a twin-turbo V8 that kicks out 1341 hp or simply put, 1 megawatt which earned it the title of ‘Megacar’. The One:1 is a technological showcase and a direct rival of the Bugatti Veyron capable of reaching speeds in excess of 250 mph.

Speed is everything at VMax200 which takes place at Bruntingthorpe in the UK. It is a disused air strip perfect to test out the limits of supercars like the One:1. Checkout the video of the One:1’s top speed record run below and do stop by later for a better quality on-board footage of the run.