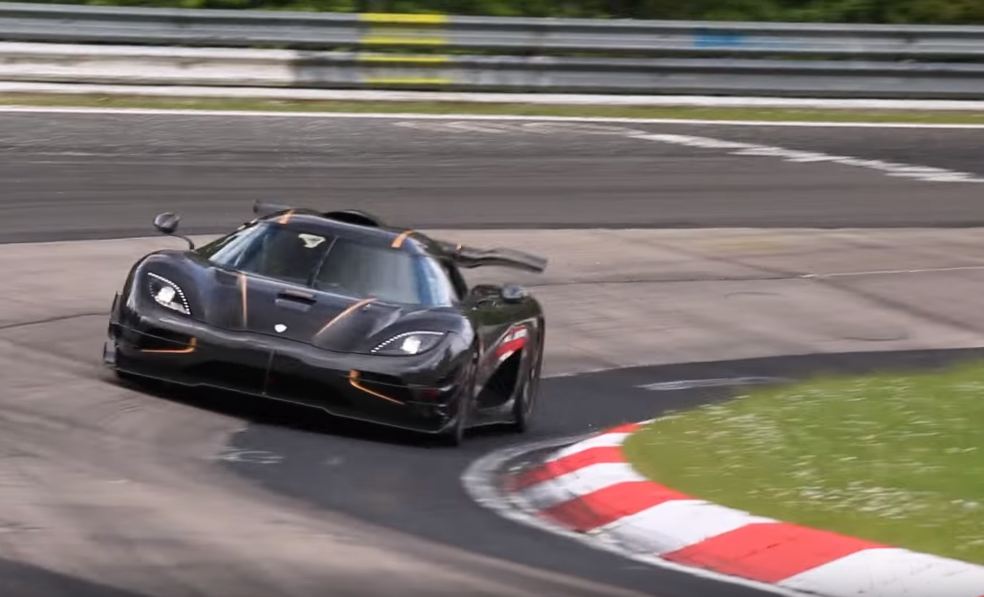 Koenigsegg is back at the Nurburgring and this time they’ve brought the One:1 along. Since, speed limits along the 13 mile circuit have now been removed, Koenigsegg One:1 will be gunning for Nurburgring bragging rights by setting a new lap record.

During winter, the Nordschleife underwent a few changes to its layout which has resulted in reduced lap times. The infamous jump at Flugplatz is now gone which means drivers can now stay on the gas where they used to lift off to control the jump. Also, some of the curbs around the track have been revised.

The Koenigsegg One:1 with its 1360 hp engine seems to have the horsepower for a quick lap time. The track revisions would further play in favor of the Swedes and we might see a blisteringly quick lap soon. Here’s a video of the One:1 doing some reconnaissance laps of the Nordschleife.