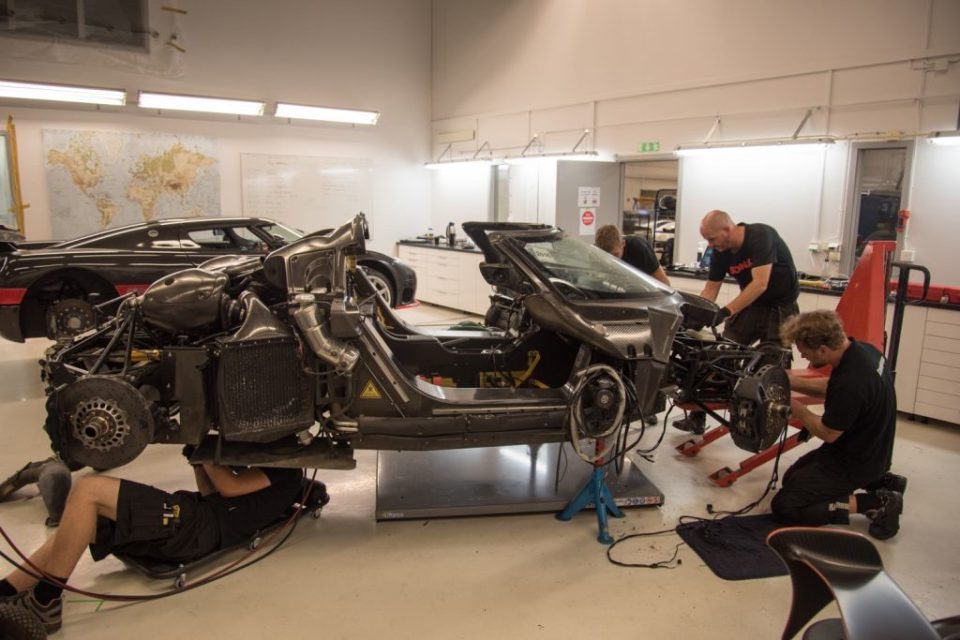 Few days back, the Koenigsegg One:1 suffered a horrendous crash at the Nurburgring. Since then, the car has returned to Angelholm. After careful analysis of the wreckage and the telemetry, Koenigsegg has published their findings in a detailed blog post.

The One:1 suffered ABS failure on the front-left wheel causing both front wheels to lock up. Other systems however worked flawlessly. Engineers replicated the crash scenario at Koenigsegg’s private test track. The results were consistent with telemetry from the ill-fated One:1

Apparently, there was small fire on board which was put out by the driver. Also, no fluid leaks were found on the car and the carbon fiber monocoque remained unscathed.

Scroll down to watch a video of the aftermath of the accident. 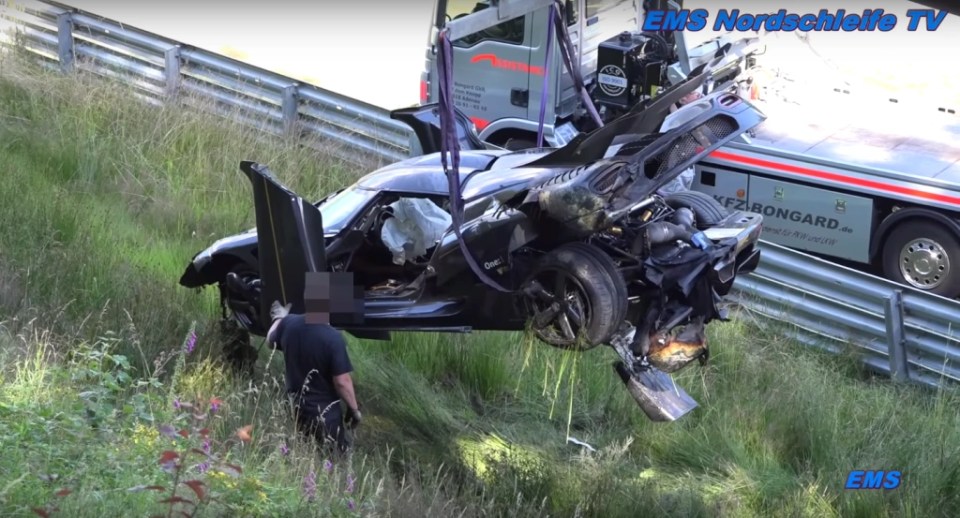 Koenigsegg is gunning for ultimate glory by setting a new Nurburgring lap record. That said, we might have wait a little bit longer as the Koenigsegg One:1 crashed while being prepared for the record run.

The One:1 hypercar was being driven on the track by a test drive when the accident took place. Koenigsegg has confirmed that it was part of the ongoing testing leading up to the record run. However, the reason for the crash is not yet clear.

Koenigsegg Automotive AB can confirm reports online that a Koenigsegg One:1 was involved in a crash during testing as part of Industry Pool at the Nurburgring on Monday, 18 July. The driver was taken to hospital as per standard procedures in such situations and was released the same afternoon.

Koenigsegg has participated in Industry Pool testing for a week in each of the last two months, working primarily on vehicle setups both for ongoing vehicle development and for an attempt at a Nurburgring lap record at some time in the future.

A Koenigsegg is an extreme performance car and must be tested accordingly. This is an inherently dangerous undertaking that must be conducted progressively and methodically, working point by point on all areas of our highly adjustable vehicles. Our primary concern is always driver safety and any testing is structured and conducted accordingly.

This incident is confirmation of just how difficult it is to drive at this level on the world’s ultimate proving ground. Obviously we are dismayed with this development but pleased that our safety systems worked as designed to protect our driver.

It looks like the driver was carrying too much speed into the corner (Adenauer Forst section) and locked up under heavy braking. This lead to the driver losing control over the $3 million hypercar.

This is the section of the Nurburgring following a downhill run through a left-right-left complex. It is one of the trickiest sections involving extreme compression at the bottom end followed by heavy braking for the slowest chicanes on the track.

Some eyewitnesses suggest that the Koenigsegg One:1 could have suffered an ABS failure. This could definitely lead to a lock up. The aftermath of the crash reveals a battered One:1 with evidence of fire damage.