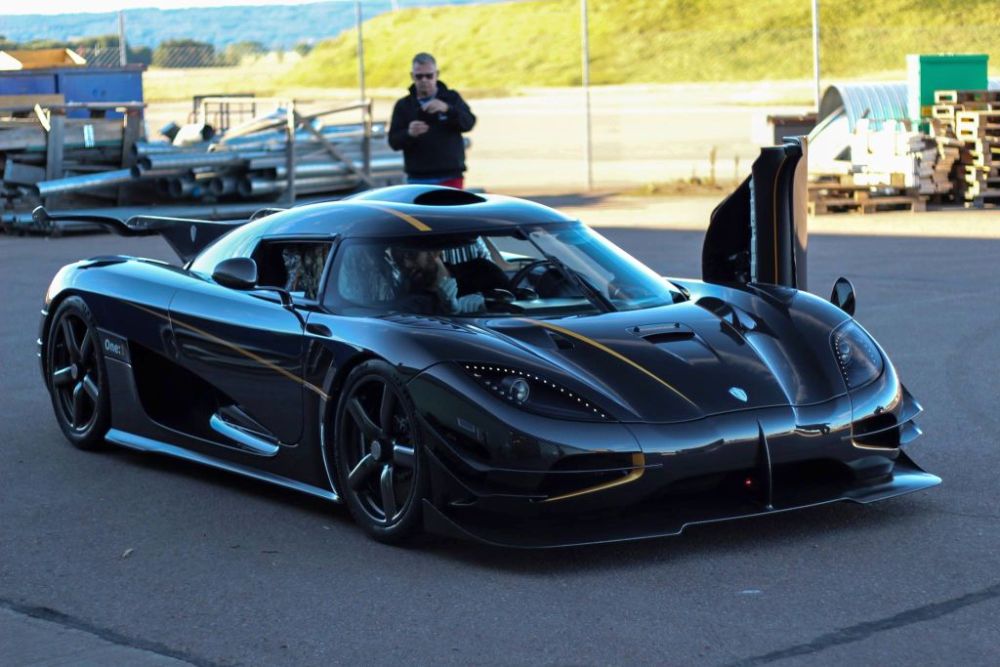 Koenigsegg Automotive AB, will bring not one but two One:1 hypercars to this year’s Goodwood Festival of Speed. The Swedish supercar maker has confirmed this one their Facebook along with an image of a production-spec Koenigsegg One:1 being loaded on a truck. Destined for the 2014 GFOS, this One:1 is finished in black with golden accents and is probably one of the first customer cars.

The other One:1 that will take part in the event will be the silver show car that Koenigsegg unveiled at the 2014 Geneva motor show. According the company, one of the cars will be displayed at the Michelin UK pavilion and the second car can be found parked at the Supercar Paddock. One of the cars will also take part in the timed hill climb event which will be something to watch out for.

The Koenigsegg One:1 is proudly called the megacar with a horsepower to kerb weight ratio of 1:1. It is also the world’s first production car with 1 megawatt of power at its disposal. Hence, the name ‘Megacar’. The engine specifications are truly mind-boggling. The twin-turbocharged V8 engine develops 1341 horsepower @ 7500-8250 rpm and 1000 Nm @ 3000-8000 rpm while peak torque of 1371 Nm is available at 6000 rpm. The car can complete the sprint from 0-400 kph in just 20 sec.