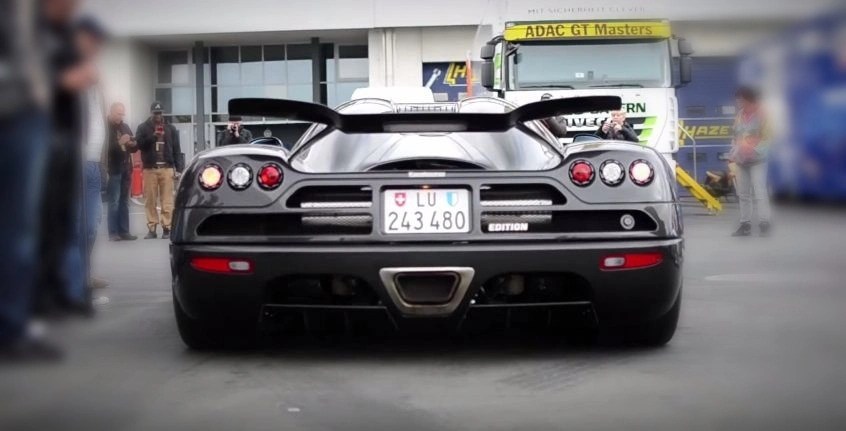 Koenigsegg CCXR Edition is a rare supercar which is based on a later evolution of the CC8S chassis. It was among the generation of supercars that put Koenigsegg on the global map. As you can guess, it is always a treat to catch one in action and Vuxx599 recently got lucky to get up close this carbon fiber wrapped 1000+ hp monster at the Nurburgring.

The following video was shot in the pit lane of the Nuburgring GP circuit. The car clearly was an attraction in the pits. Note the bare carbon fiber exterior on and the fixed rear wing that sets it apart from the rest of the versions from this generation of Koenigsegg supercars. Also, don’t miss out on the bit where the CCXR Edition is caught spiting flames at about 2 min into the video.