Ever since the news of the crash broke, Manny Khoshbin has confirmed that the Agera RS that crashed in Sweden was in fact the Gryphon.

“My Gryphon crashed but new bigger and better to come!,” he said in his Instagram post. That said, Manny did reveal that Koenigsegg will be building a new car for him in “very unique specification”. The crashed Gryphon on the other hand will stay with Koenigsegg as a test car.

A Koenigsegg Agera RS crashed in Sweden while it was being given a shakedown ahead of delivery. A factory test driver was at the wheel of the million dollar supercar when the accident took place.

Reports of the crash emerged from the city of Trollhattan. It was undergoing pre-delivery testing before it could be handed over to the customer. The test driver lost control of the supercar over wet tarmac as it swerved off the road and into a roadside ditch.

Koenigsegg confirmed this in a statement posted on their official blog. It said-

“Koenigsegg Automotive can confirm that an Agera RS was at a track in Trollhattan, where the driver lost control in wet conditions. The car was undergoing shakedown testing, which is typical for a vehicle after the completion of manufacturing.”

While, it must have been quite a violent experience for the driver and passenger, the damage seems superficial. Both the occupants were unharmed and were later released from the hospital. 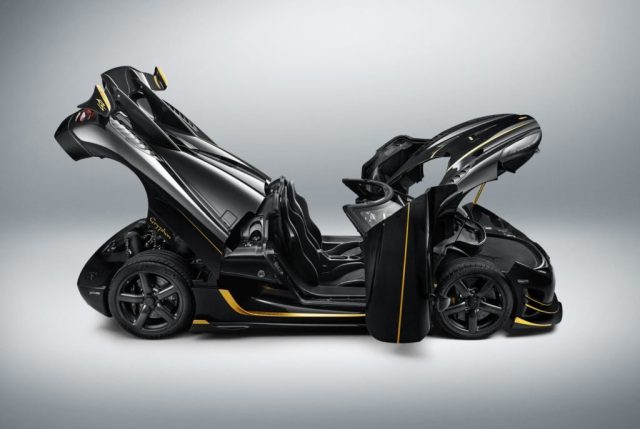 Now, it is believed that this Agera RS was bound for the US. The black carbon and gold accents might fool you into thinking it’s the Agera RS Gryphon. However, that isn’t true. We had a close look at the only image available of the crash and it doesn’t look like the Gryphon. There are subtle differences like the rear wing end plates in full gold trim and the absence of the ‘Gryphon’ moniker on the side.