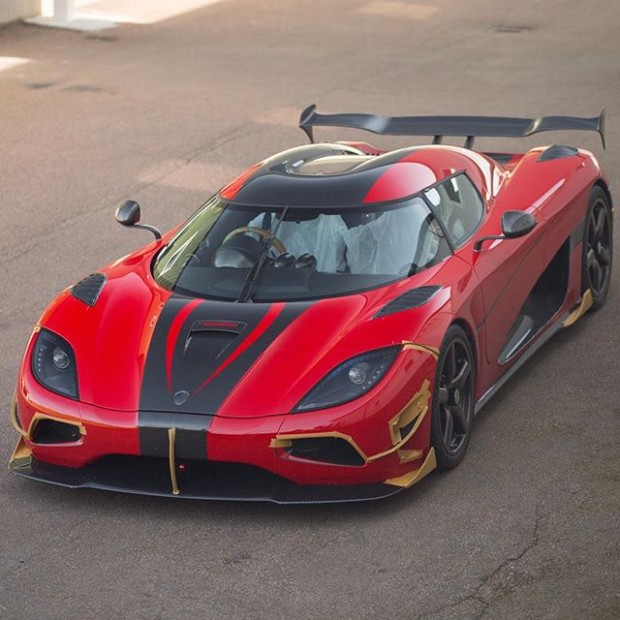 Koenigsegg One:1 and the hybrid Regera have been making headlines of late. But, further down the line up a new hypercar is taking shape. The Koenigsegg Agera RS was first seen at the Geneva Motor Show alongside the Regera. From its moniker it is clear that the Agera RS is a much faster version of the Agera R with some major aerodynamic upgrades.

The Koenigsegg Agera RS uses the same V8 twin-turbo engine from the Agera R but with more poke, obviously. The aero package has been further honed by adding a large front splitter a-la One:1, revised side skirts and large rear wing. Carbon fiber wheels are also standard on this model.

Now, the very first Agera RS which was showcased at Geneva has already been delivered to its owner, this red-black example will soon head home to a country in Asia.