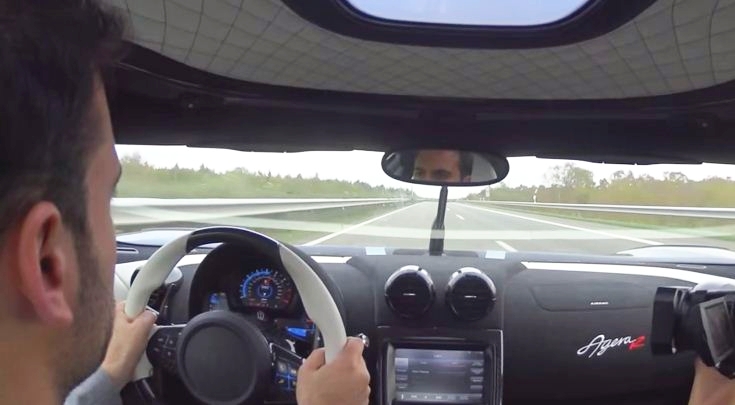 Start your week with a video of a supercar doing speeds over 200 mph on an Autobahn. The star of the occasion is a Koenigsegg Agera R headed to a test track in Germany. The bloke driving appears rather calm behind the wheel of the million dollar hypercar. The twin-turbo V8 powered Agera R seems to be just cruising even at such high speeds.

The de-restricted stretches of the autobahn are a favorite among speed freaks. It is even more fun when you’ve got 1200 hp to play with. Note the turbochargers spool up just before the driver shifts into a higher gear. The Agera R is said to be doing speeds in excess of 215 mph according to the uploader. It also looks pretty composed and the noise levels in the cabin too seem quite alright.