A Koenigsegg Agera R caught fire and burned to the ground in China. The million dollar hypercar burst into flames following an explosion in its engine bay.

A video was posted on Global Car Wanted Youtube channel which shows smoke bellowing out of the engine bay of the Agera R. In another video, a man can be seen trying to put out the fire with a fire extinguisher. 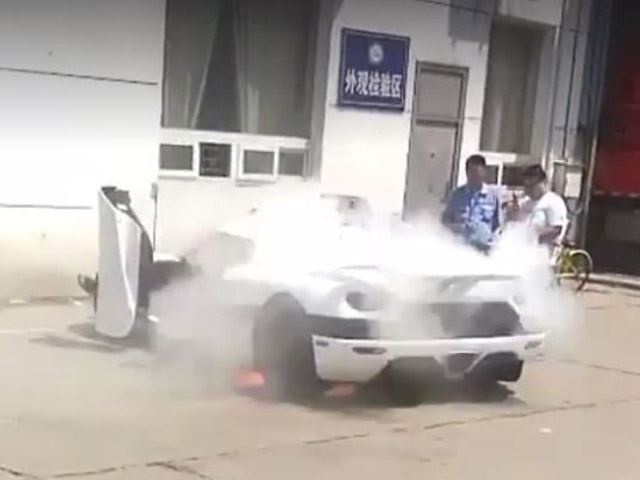 It is difficult to ascertain the cause of the fire, however some reports suggest that the battery could have exploded and started the fire. Koenigsegg uses a LiFePO4 lithium iron phosphate battery which is supposed to be safer than normal lithium ion batteries. The Koenigsegg Regera uses a similar battery.

We’re sure Koenigsegg will take note of this incident and investigate further to find out the root cause of the fire.