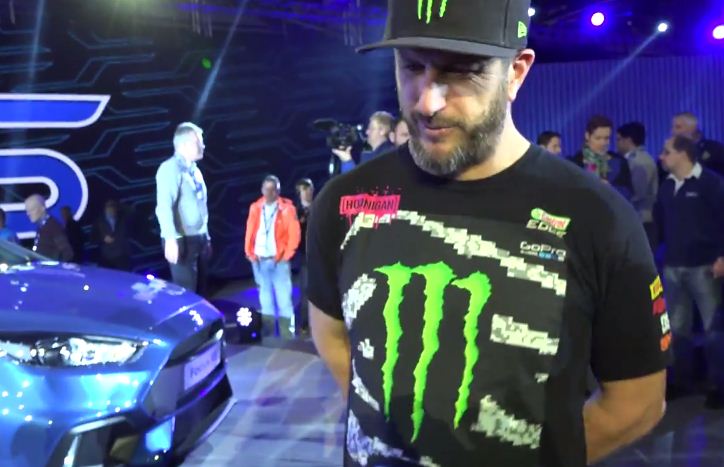 Gymkhana ace Ken Block was present at yesterday’s press event and launch of Gen-3 Ford Focus RS. As revealed in the press release, Block had been a part of the development team at Ford on the Focus RS project. His expertise was roped in to fine tune the dynamics of the car.

GTBoard.com’s Gustav Traff got the opportunity to have a quick chat with Ken Block post the launch. In the following video, Ken talks about the role he played in the development of the new Focus RS along with the tuning of all-wheel drive system with dynamic torque vectoring which is a key feature on the new model. It boasts of a 2.3-liter EcoBoost 4-cylinder engine with over 315 hp mated to a 6-speed manual transmission.

Ken Block also talks about the durability and build quality of Ford cars which is also why he chose the Fiesta to race in WRC and in most of his Gymkhana videos. Given his closeness to the Ford Motor Company, the obvious question was whether Ken had driven the new Ford GT. The answer can be found in the video below.