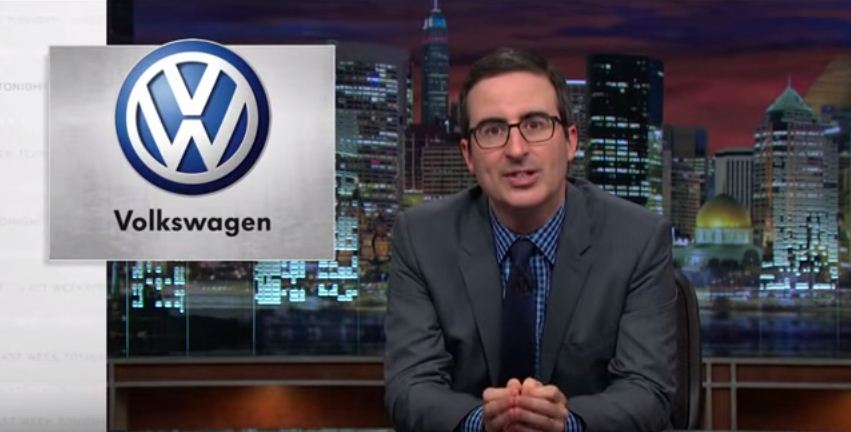 John Oliver had some bitter words for those who run Volkswagen on the recent dieselgate scandal. The German automaker is in deep trouble after getting caught red faced, “lying” about diesel engine emissions.

In the wake of EPA’s notification to Volkswagen, the group’s CEO has resigned and will face investigation to find out exactly how such a blunder was allowed to continue even after being warned by the EPA.

Volkswagen was quick to respond and has pulled out all of its diesel-powered cars from the US market. According to the company, 11 million cars have been affected globally and will cost them millions of dollars in recalls and fines. Their fate now rests in the outcome of the lawsuits filed against them in American consumer courts and will only bring more bad news.

Meanwhile, John Oliver had some entertaining stuff to say about dieselgate on his show Last Week Tonight. Scroll past the jump to watch the video.