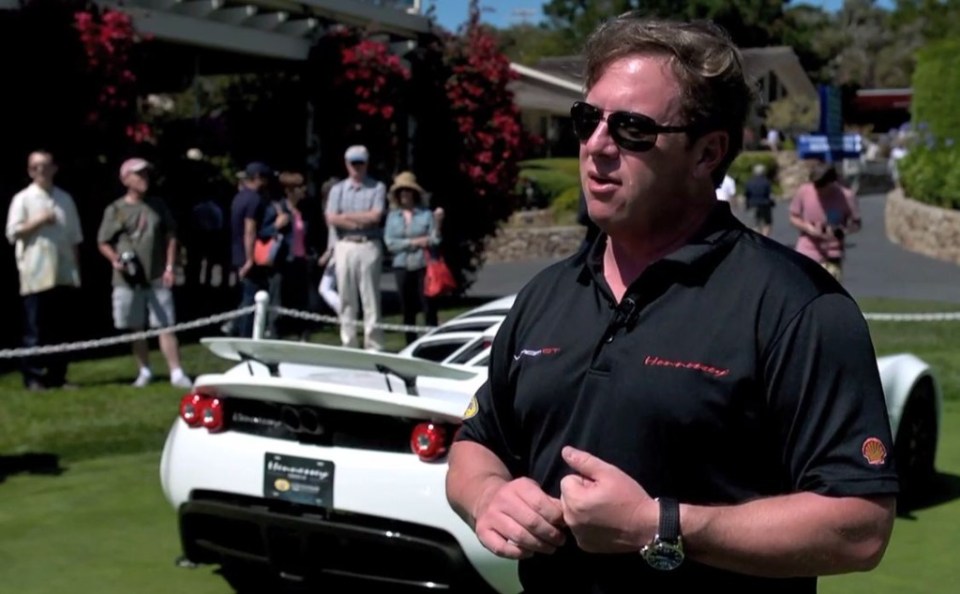 It may look like a stretched Lotus Exige but it’s just so much more than that. Hennessey Venom GT is one of the fastest supercars on the planet. It even beat the original Bugatti Veyron and is the flagship product for John Hennessey- the man behind this awesome machine.

XCARFilms caught up with Hennessey to talk about the Venom GT and the idea behind it. It all started with 1000+ horsepower Dodge Viper. To make a super lightweight car, Hennessey turned to Lotus and decided to put the same twin-turbocharged V10 in it. The result was a stretched Lotus Exige with monstrous engine.

The Venom GT has been clocked at 270.49 mph setting a new record for the fastest, street-legal production car. This, despite budget constraints right from the outset.