If you’ve been following Top Gear, you might recall that Jeremy Clarkson once owned a Ford GT. Well, it’s now for sale. Clarkson’s 2005 Ford GT will be auctioned off at RM Sotheby’s Monterey auction on August 18, 2017. So, if you’d like to have a car that was once owned by a Top Gear host, now is your chance.

Jeremy loved his Ford so much that, despite the fact the alarm kept going off for no reason, he bought it twice. He got so annoyed with the alarm that, he asked Ford for a refund but soon realized how much he loved it. Still, it doesn’t seem Clarkson used it all that much since the new car has just 60 miles on it. 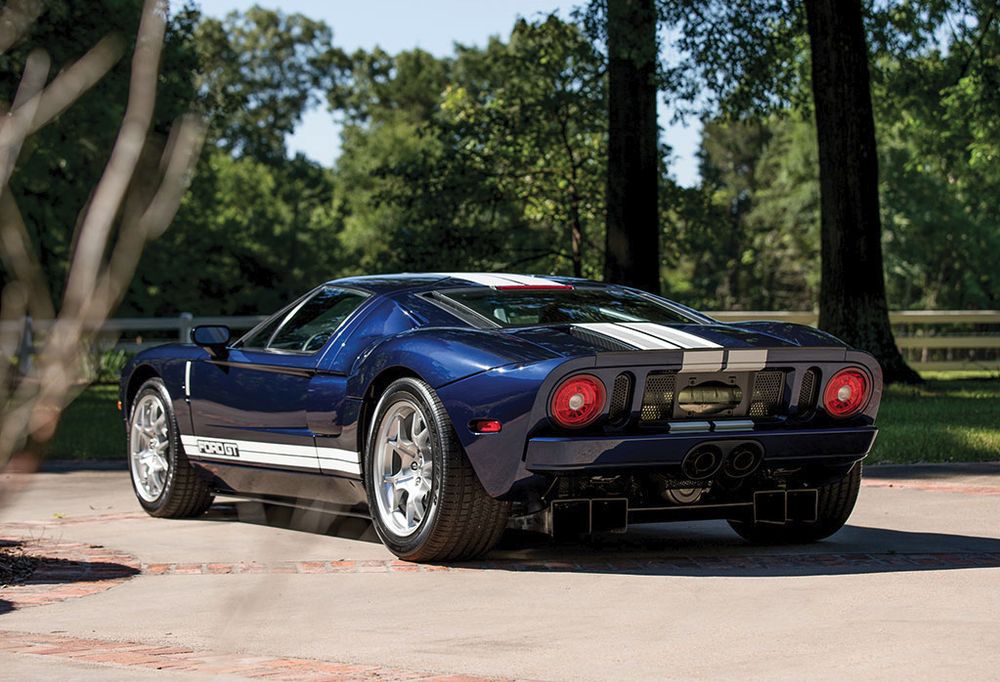 This 2005 Ford GT which was driven by a famous “orangutan” is finished in Midnight Blue of which only 190 were produced. It has white racing stripes and rides on forged BBS wheels which were part of the options list. Ford built 2011 GTs and this one is #1664.

As you may know, the 2005 Ford GT was powered by a supercharged V8 that produced 550 hp and and 500 lb-ft of torque. It’s a thirsty beast, as Clarkson has graphically demonstrated earlier when he took the car on a road trip across Europe.