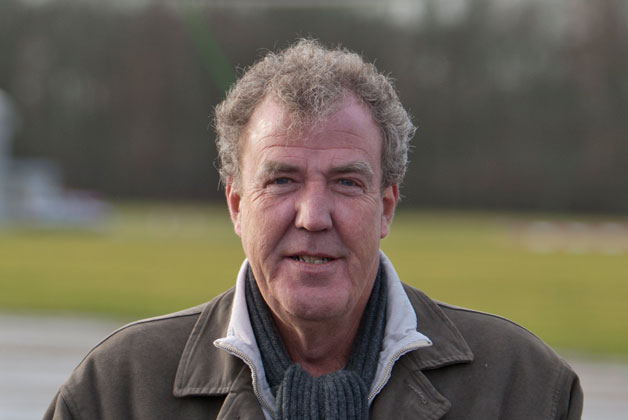 A Top Gear fan in a World War era tank with “Bring back Clarkson” sign has to be the perfect way to show support for Jeremy Clarkson. In a very Top Gear-ish way, these chaps drove the tank to the BBC office and the stunt was caught on camera.

[March 16, 2015] Jeremy Clarkson has (almost) quit Top Gear. The star of the world’s most watched motoring show formally announced this via a column on BBC Top Gear‘s website. He has also hinted that James May could replace him. That said, season 22 of Top Gear remains cancelled and there has been no positive news about the fate of the Top Gear TV itself.

There is still confusion about Clarkson’s exit from the show as the article on the BBC website is dated March 1999.

Another tweet by @stevebrisbane1 points to a possible move by Clarkson to Channel 4, starring in a new motoring show called “Full Throttle”.

[Mar 11, 2015] Today’s big news is that Jeremy Clarkson has been suspended from Top Gear. The magnitude of this news is such that, all of the internet is reporting it- trying to make the best of the increased internet traffic. Anyway, so Clarkson who is known for getting into trouble every now and then was already on notice from his employers- the BBC.

He is known for his rants against cyclists, bus drivers, bikers, Welsh people, etc. etc. He did cause an intense uproar once after making a reference about Mexico. He was also involved in a controversy caused over alleged racist remarks made towards Asians. Then there was the Argentina incident.

Now, until about 12 hours back, all we knew was that Jeremy Clarkson had caused a “fracas” involving a BBC producer and that he was suspended until an internal investigation is complete. As time passed, details have started to emerge. Apparently, Jeremy Clarkson got into some sort of argument with a BBC producer going by the name Ed. He is reported to have punched him and what transpired were the consequences of his actions.

A few hours ago, Jeremy tweeted, “Sorry Ed. It seems I knocked your “I’m a human” piece down the news agenda.”

Sorry Ed. It seems I knocked your “I’m a human” piece down the news agenda. — Jeremy Clarkson (@JeremyClarkson) March 10, 2015

Top Gear co-host James May has just confirmed that Jeremy did take a swing at a person over dinner. However, he also reports that it wasn’t that serious. via BBC