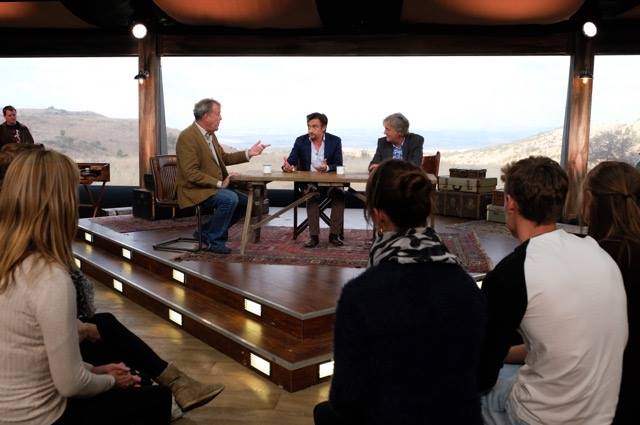 The team just finished recording episode 1 of ‘The Grand Tour’ in South Africa. Following a disappointing season of revised Top Gear, there are high hopes from Clarkson, Hammond and May’s new car show. The Grand Tour is coming to Amazon Prime this autumn. 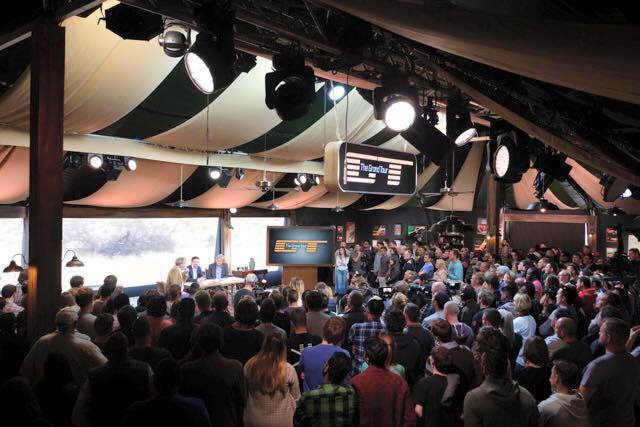 In the meantime, here are a few behind-the-scenes shots taken during filming of the first episode. A temporary studio was setup inside a large tent in what looks like the middle of nowhere. Checkout the photos Clarkson uploaded to Facebook following the recording. 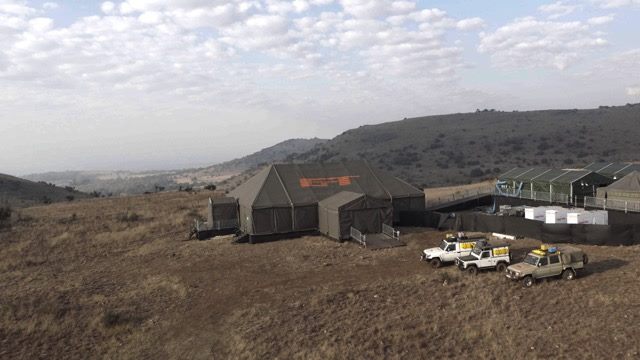 Jeremy Clarkson and the old Top Gear boys are currently filming their new motoring show. The Grand Tour kicks off in South Africa and will air on Amazon Prime.

Today, Clarkson shared a behind-the-scenes video of the show on Facebook. The small clip was shot from one of the camera cars the filming crew has been using. It looks like they’ve ditched their trusty Range Rovers for a Alfa Romeo. I’m sure, Jezza will have something to say about it.

The exciting bit of the video though is the cars that Jezza and Hammond are driving- or rather sliding. I imagine Clarkson screaming “POWERR” as he slides in front of the camera car.

Hammond must be driving the Dodge Challenger Hellcat which is ahead of the Aston Martin DB11 with Clarkson at the wheel.