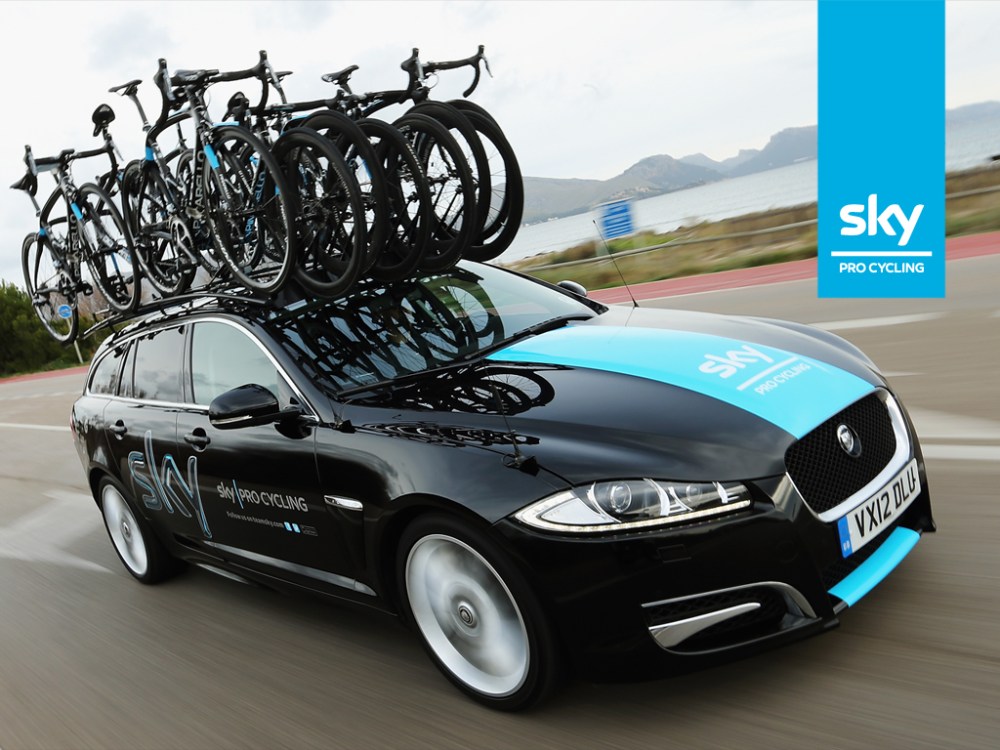 Tour de France is the greatest cycling race on Earth. It is the Le Mans 24 Hours of the cycling world, except that it goes on for a month covering over 3000 miles. Chris Froome took victory in last year’s Tour de France. The British rider and Team Sky are all geared up to defend their title this year as well. Jaguar has been the official sponsor of the team and have been providing the support vehicles for the bike race. The new Jaguar XF Sportbrake has been the ideal car for Team Sky. This year, Jaguar has also provided an XFR-S Sportbrake complete with all the kit and in full Team Sky livery. So, what goes into the support vehicle of a professional Tour de France winning team?

Jaguar has put up a nice time lapse video of the kit that goes into the Jaguar XF Sportbrake. Everything from drinks bottles, to energy bars, spare bikes and wheels to tool kits. With so much stuff to pack into a car, no wonder all the professional teams prefer estates or wagons as support vehicles.