There's also the Jaguar XJR575, in case you are coming with friends and family.

What better way to be taken around the Nurburgring than the record holder for the fastest four-door sedan on the track! Your Jaguar XE SV Project 8 Race Taxi is on the way!

Your wish to experience the excitement and adrenaline rush of the Nurburgring can now be fulfilled at 199 euros ($225). And that fun can be had while being strapped on to the passenger seat of the Jaguar XE SV Project 8. A professional driver will take care of the hard job of conquering the Green Hell and keeping you safe.

Created by Jaguar Land Rover’s Special Vehicle Operations (SVO) division, the Jaguar XE SV Project 8 is officially the fastest four-door sedan around the Nurburgring. Powered by a 5.0-liter, supercharged V8 that churns out 592 hp of power and 516 pound-feet of torque, it covered the track in 7:21.23, back in November 2017. 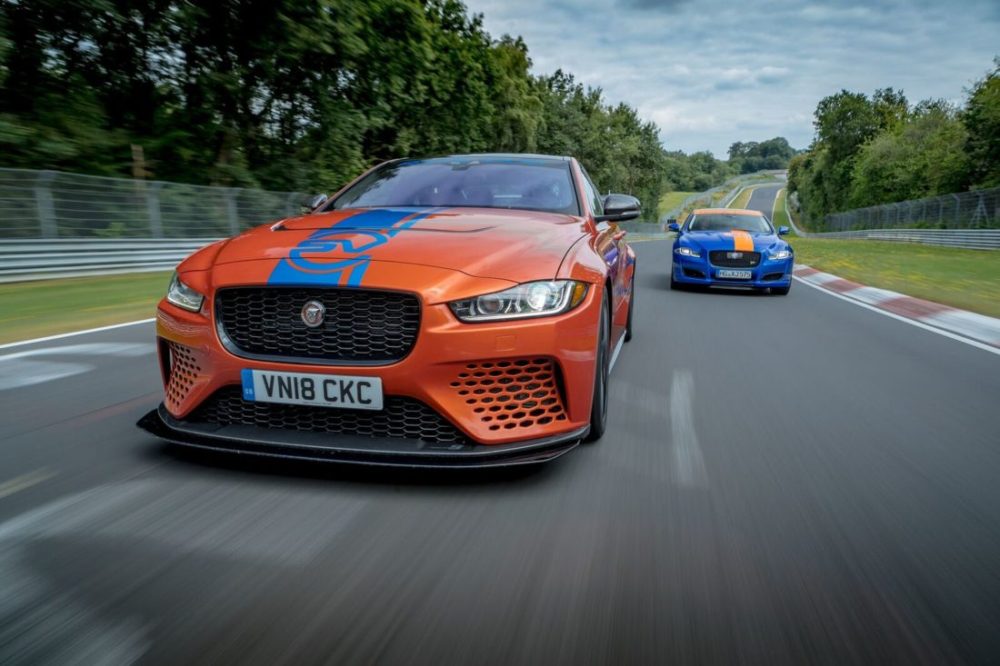 Capable of mind-blowing acceleration which will launch the car from 0 to 60 mph in 3.3 seconds and a top whack of 200 mph, the Jaguar XE SV Project 8 is perhaps the best way for everyday guys like us to get to know the Green Hell. The Race Taxi experience will see the four-door missile clocking speeds of up to 150 mph and with experienced drivers at the wheel, rest assured, you are in safe hands.

If the two-seater Jaguar XE SV Project 8 Race Taxi is not your cup of tea, there is always the Jaguar XJR575 four-seater – the fastest and most powerful XJ ever. It has enough room for three people to be a part of fun.

Bookings for both Jaguar Race Taxi experiences can be made online and gift vouchers are available too.