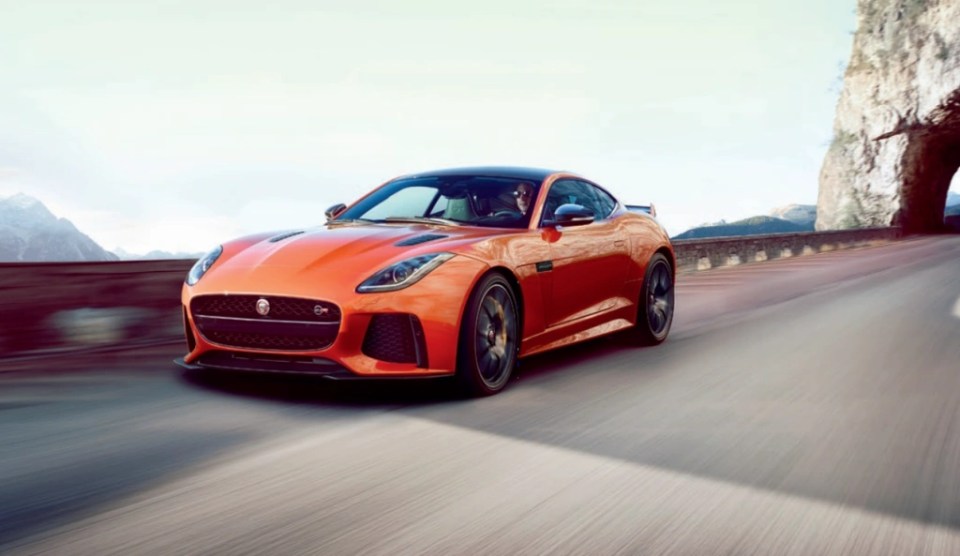 The Jaguar F-Type SVR has just leaked on to the internet thanks to a German brochure posted on dutch automotive website Autovisie. Everything from the Jaguar F-Type SVR specs, images are now in the public domain and it’s good news if you were looking for a compact sports car with just under 600 hp. 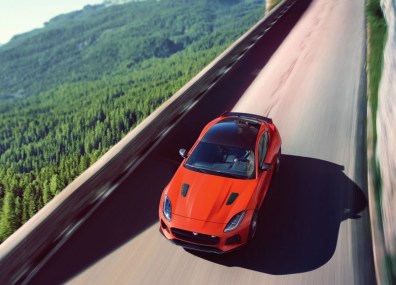 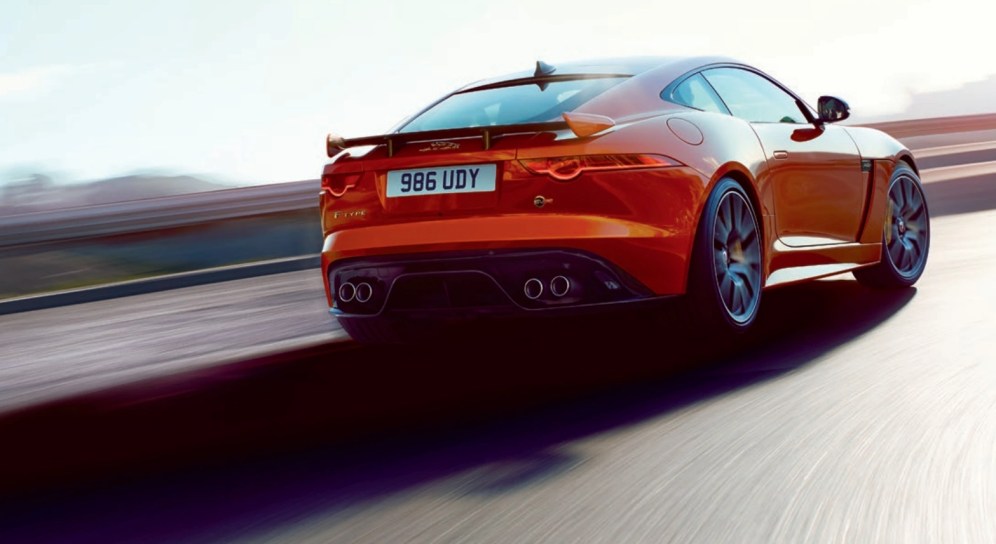 According to the blurb, the SVR version gets a 5.0-liter supercharged V8 with 567 hp and 516 lb-ft of torque. That’s a lot in a car for a front-engine, rear-wheel drive sports car. It also means that this Jaguar will be a heck of a fun on the road or on track. A huge cloud of tire smoke I foresee. 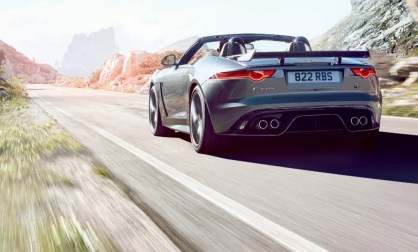 Thus, the figures suggest a 25 hp and 14 lb-ft increase in peak performance over the F-Type R version. Now, the Jaguar F-Type SVR will be available with all-wheel drive only and an 8-speed automatic transmission will be standard across all SVR models. Courtesy of all-wheel drive traction, the F-Type SVR Coupe is capable of reaching 60 mph in just 3.7 sec and has top speed of 200 mph. The convertible on the other hand is slightly slower to 60 mph and has its top speed pegged at 194 mph. 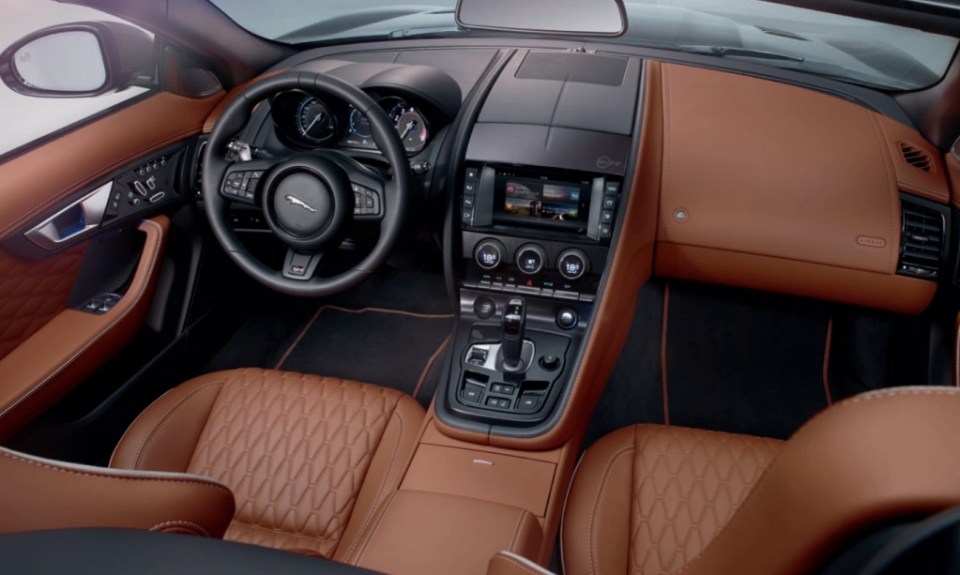 Jaguar has given the F-Type SVR an exterior to suit the performance it packs under the hood. The front bumper gets massive air-intakes that both striking to look at and functional at the same time. A fixed rear deck spoiler helps generate downforce. As far optional equipment is concerned, the F-Type SVR can be ordered with carbon ceramic brakes and additional carbon fiber exterior bits. 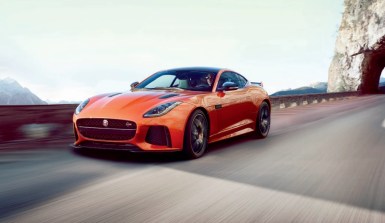 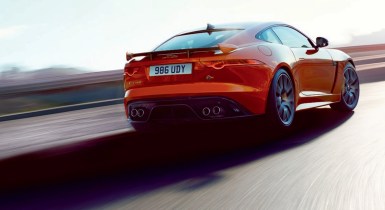 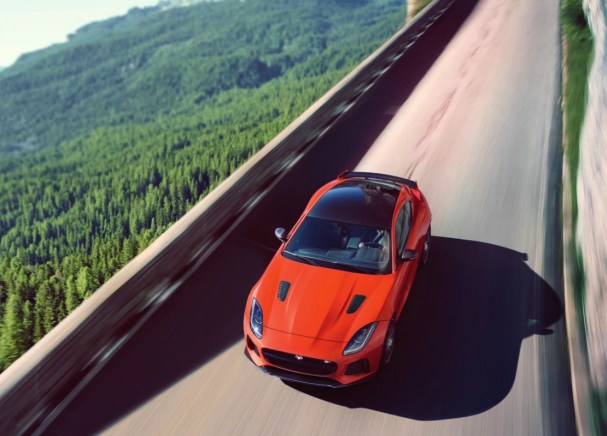 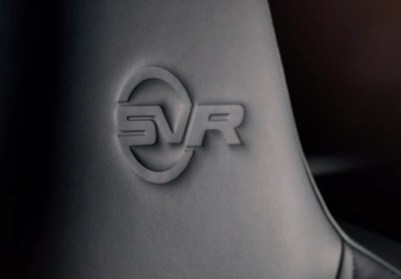 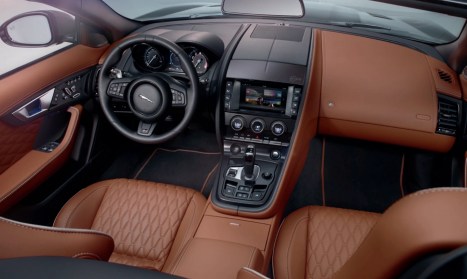 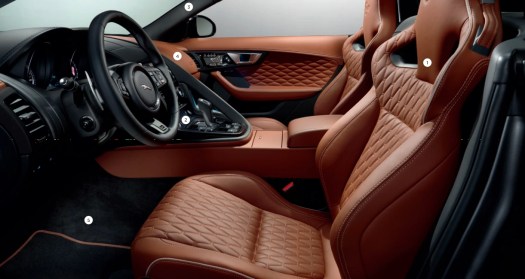