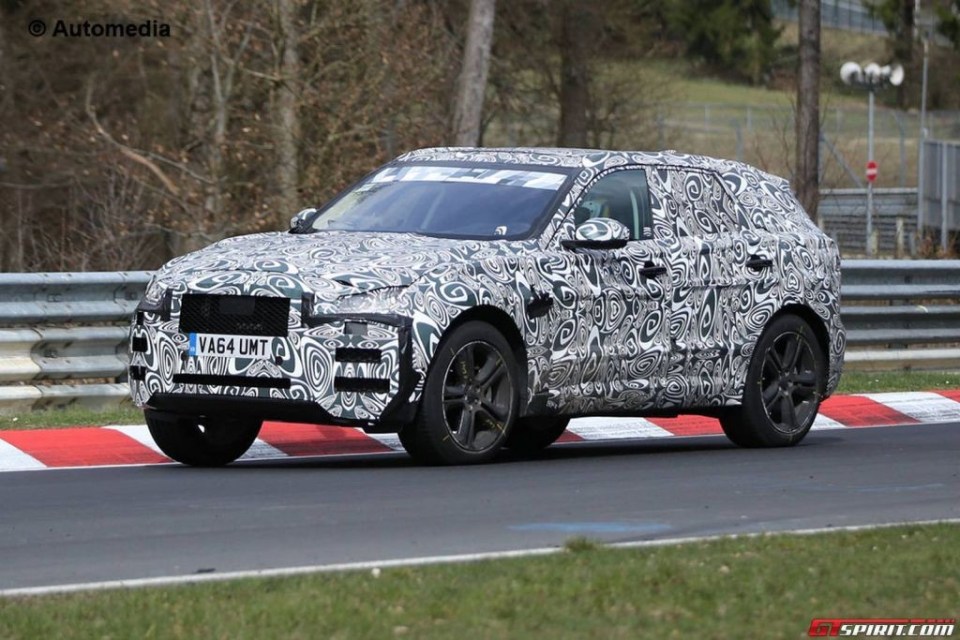 This is not an unknown fact to us anymore that the much awaited Jaguar F-Pace SUV will make its official debut at the 2015 Frankfurt Auto Show. The prototype was caught testing number of occasion earlier on the public roads and even on race tracks.

Recently GT Spirit was able to capture some fresh new spy shots of the SUV. These fresh set of images quite clearly shows that the Crossover was being tested at the Nurburgring which is one of the hardest and unforgiving race tracks of them all. You can notice that finally this Crossover is able stretch its arms on the race track without much of a hassle. However what we are really interested in is the fact that finally we can see that the test mule which although is covered in heavy camouflage is displaying some all Jaguar type styling characteristics. 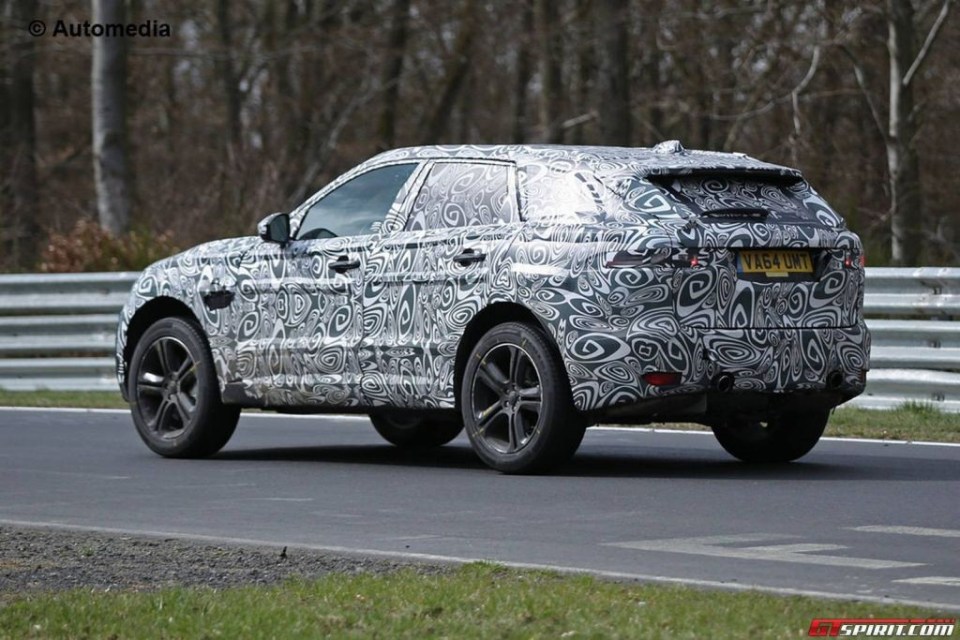 Take closer look readers and you can notice that the F-Pace carries identical CX-17 type headlamps towards the front and also taillights towards the rear. One can also expect that this Crossover will carry over almost the same styling in the interior too like that what we have seen on the CX-17 Concept. The F-Pace will definitely excel in its handling department also because of the fact that just like the XE and the XK the F pace too rides on the same aluminum architecture platform which is not only lightweight but extremely rigid too. Under this much anticipated F-Pace Crossover hood Jaguar will use selected 4 cylinder petrol and diesel engine motors which will also come with twin- turbochargers to up the power output level.

When this much anticipated Jaguar Crossover is launched expect it to weigh lesser than the Porsche Macan which means this too will carry a Sportscar heart under the SUV skin.