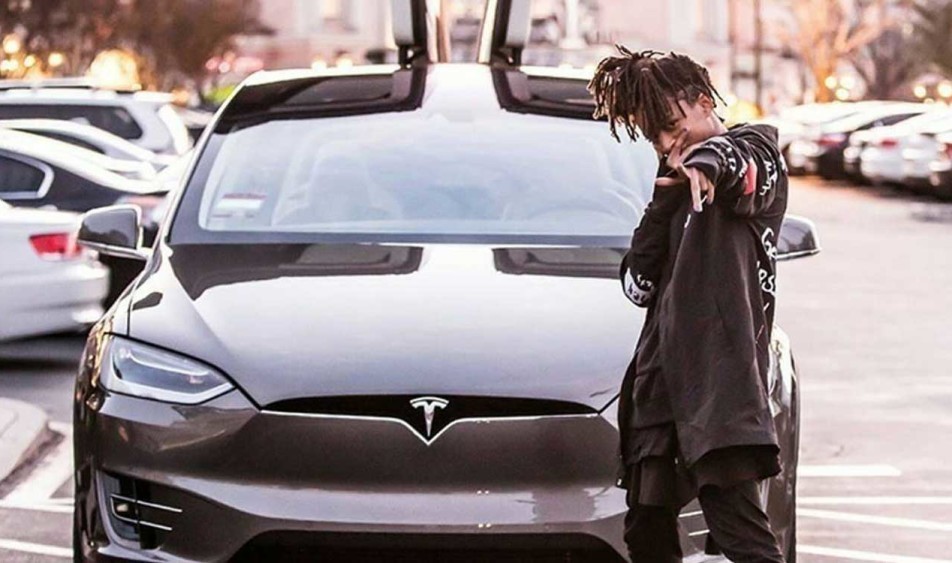 Will Smith’s youngest son Jaden Smith just bought his first car and it’s a Tesla Model X. The Karate Kid is now old enough to drive and has surprisingly chosen an electric SUV as his first car.

Jaden Smith’s older brother Tery posted a photo on his Instagram of the 17 year old posing with his new Tesla Model X.

The Model X is the latest addition in Tesla’s range of electric cars which comes with a unique set of “falcon doors” The electric crossover can seat 7 in comfort and is available in three variants- 70D, 90D, P90D.

Model X P90D is the quickest of the three and can be ordered with a Ludicrous mode that makes it even faster. 0-60 mph in performance mode is a matter of 3.2 sec opposed to 3.8 sec in normal mode. Top speed is limited 155 mph.

Clearly, Jaden Smith has got a fast car for himself. Of course, it ain’t the coolest car in Hollywood but it’s way nicer than the first car we had when were 17.