McLaren is busy prepping for the release of its much-anticipated hypercar – The Speedtail, formerly known by its code name – BP23. But thanks to a picture posted on the McLaren Formula One Instagram page, we now get to see the design of the single seat hypercar. Or, do we?

As soon as the picture was up on the Instagram feed, supercar enthusiasts all over social media got into a frenzy and pointed our attention to the three prototypes in the background of the image. Since the Speedtail is the only upcoming McLaren model, it is only natural to get excited about previously unseen prototypes. But McLaren was quick to clarify that the three scale models in the background have nothing to do with the Speetail.

The company instead referred to the McLaren Design Night event held recently at the Ascot dealership to showcase what goes on at the McLaren Design Studio. There was one scale model on display that bore resemblance to the prototypes seen in this image.

We think that the prototypes are most likely design mock ups for the P1 that didn’t make the cut. The prototypes have the speedmark logo inspired headlights which McLaren used on its early models like P1 and the 650 model series. As is evident from the 720S and Senna, McLaren has now dropped that design language. 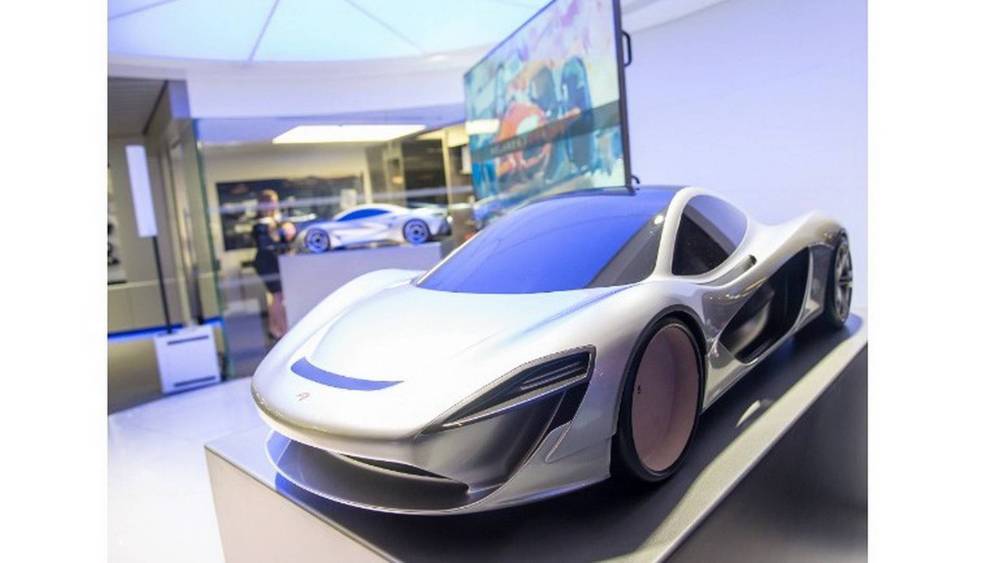 We don’t have to wait much longer to see the new McLaren Speedtail as the car will be unveiled on October 12, 2018.