Last week we had reported that there’s a chance that Porsche might reveal a new 911 Sport Classic later this month. The rumors got even louder when other publications started reporting about it. Now, images of what appears to be a special 911 have surfaced on the internet. Could this be the 2022 Porsche 911 Sport Classic?

Two cars were seen during a video shoot somewhere in the south of France. One of them is clearly a classic 911, possibly, a 2.7 RS. The other car could be a modern interpretation of the iconic 911 from the 1970s. It has polished 5-spoke wheels, and if you look closely, it appears to have a ducktail spoiler at the back. 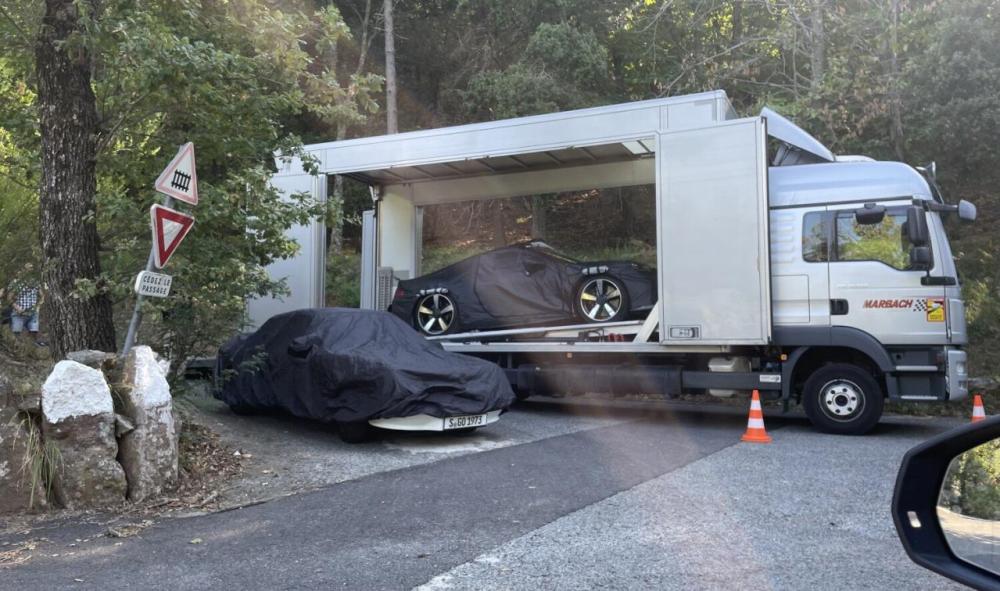 Rumors suggest that Porsche might offer the most enthusiast-focused setup on the new 911 Sport Classic. It could be based on the 911 Turbo, however, unlike the standard car, it could be rear-wheel drive only. A proper manual transmission would be the icing on the top.

If these rumors are true, we might have a rather special 911 on our hands. A true driver’s car!