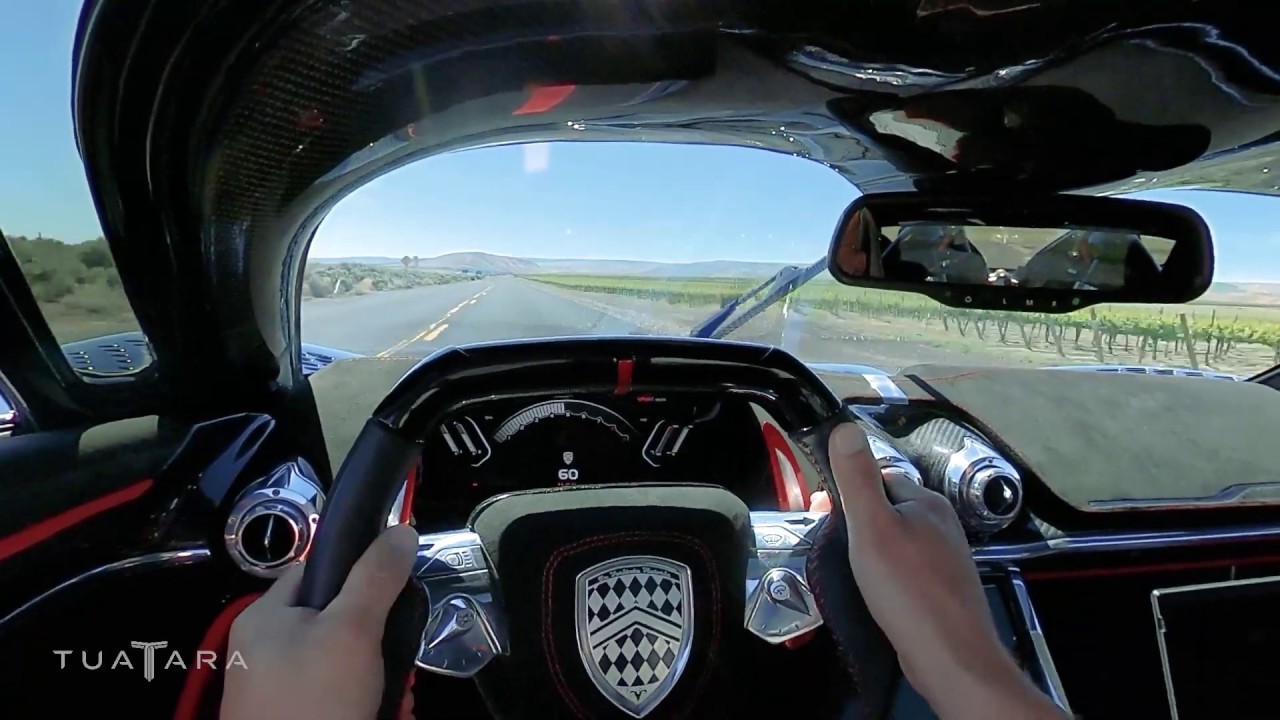 You’d expect a 300 mph hypercar to rip you’re face off under acceleration. Well, the in-gear acceleration of the SSC Tuatara is just as brutal.

SSC North America has released a new video demonstrating the Tuatara’s acceleration. In this video, you see the hypercar accelerating from 45 mph to around 140 mph. In fact, the car is said to accelerate from 60-120 mph in just 2.5 seconds, which is impressive given the fact that the Tuatara is a rear-wheel drive machine.

That said, it’s not surprising when you have a 5.9-liter, twin-turbo V8 engine doing all the hard work. This engine has a peak output of 1750 hp @ 8800 rpm. It is mated to a 7-speed automated manual transmission which is claimed to shift gears in under 100 milliseconds.

Earlier, SSC has released a video demonstrating the Tuatara’s speed. While the car is claimed to reach a top speed of 300 mph, SSC is yet to prove it.