The all-electric Porsche Taycan sedan is ready to be unveiled o n September 4th. Before that, take a look at what the EV can do on an aircraft carrier.

Nope, Porsche didn’t strap on the Taycan EV to the belly of a jet fighter or tie it to the back of one while taking off. Instead, the fastest electric sedan around the Nurburgring got to show off its speed, acceleration, and braking in an incredible 0-90-0 mph exercise on the USS Hornet aircraft carrier.

The USS Hornet’s celebrated history includes its role of being the recovery vessel for the astronauts of Apollo 11 and Apollo 12 missions. The 27,500-ton warship, with a flight deck measuring 869 feet in length was the perfect place to evaluate the Porsche Taycan for its grip, stability, and performance. 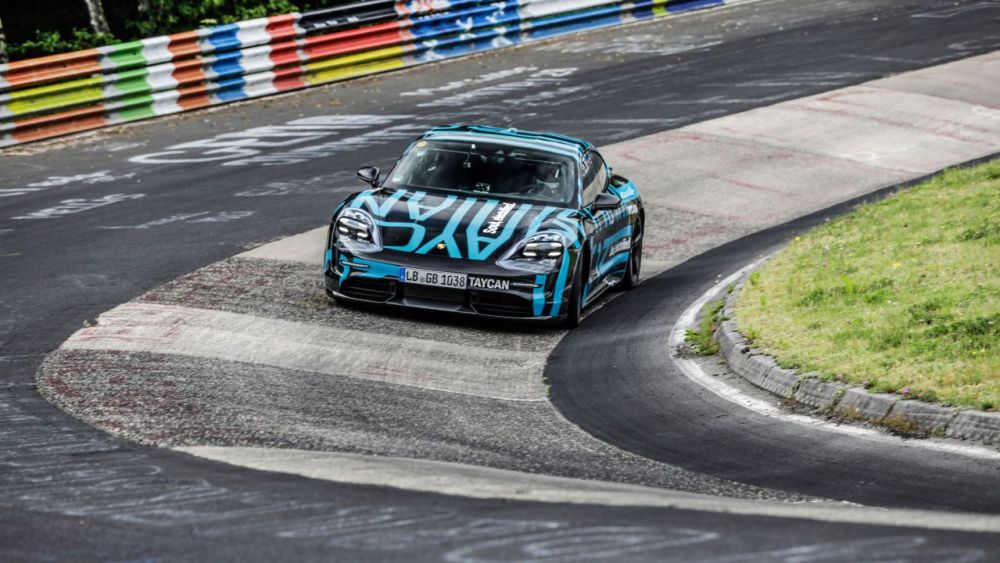 The promotional test run was completed in a staggering 10.7 seconds as the Taycan launched off the mark to 90 mph and then to a composed stop with impeccable precision, devoid of any unnecessary drama.

Shea Holbrook piloted the prototype car on the unusual test track of the aircraft carrier resting at Alameda, California. Effectively using the Taycan’s launch control systems and the car’s high performance carbon ceramic brakes, Holbrook brought sedan to a halt with a safe 30-meter gap separating them from crashing into the barrier ahead or going for a dip in the ocean.

The Porsche Taycan high-performance EV will be revealed simultaneously on three continents on September 4th. Check out the live stream right here.