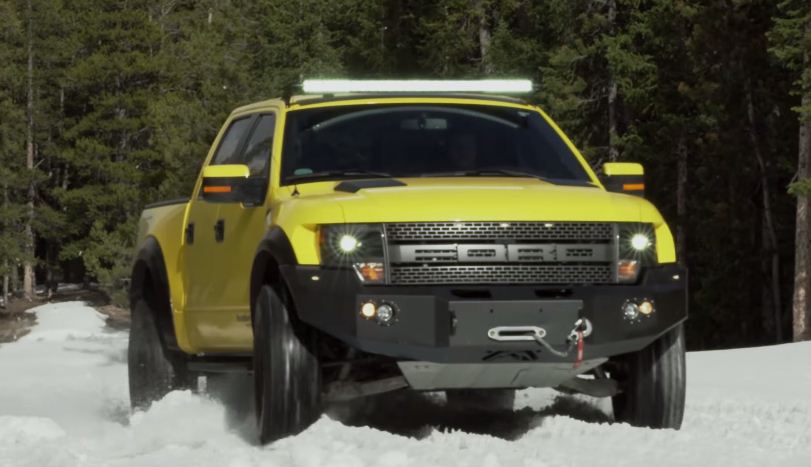 Hennessey VelociRaptor 600 is monster machine built with just one thing in mind- performance. It is based on a stock Ford F150 Raptor which is then modified to produce 600 hp. When Top Gear contacted John Hennessey, he knew the Brits were up to something really special. So what made the Top Gear VelociRaptor stand up to such extreme abuse?

Hennessey talks about the various elements that made this truck so capable and ultimately, Top Gear- proof. Everything from the engine, ECU, suspension, brakes, etc. was upgraded. The bespoke supercharger kit was essential in order to keep Jeremy Clarkson content. A cat-back exhaust was added for additional horsepower and some equally menacing sound.