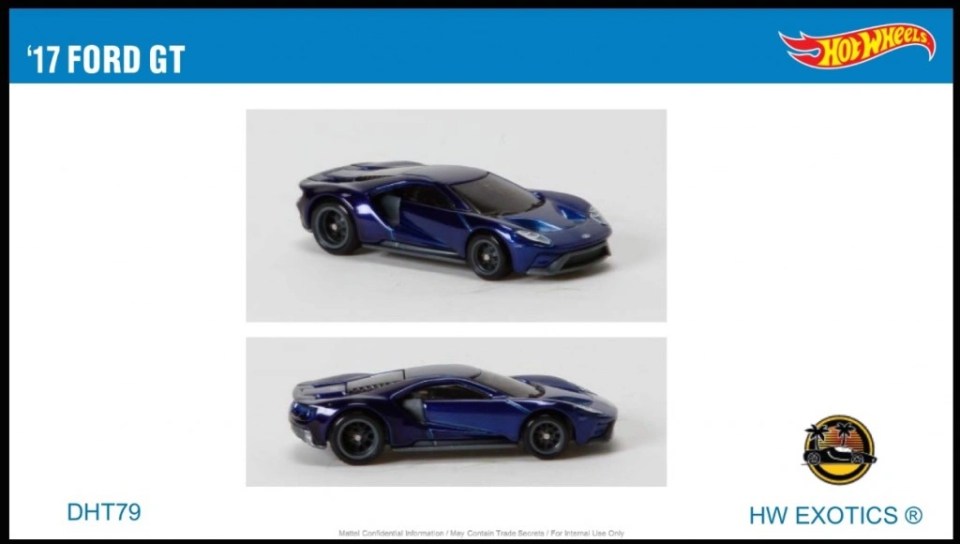 Ford will be building the 2017 Ford GT in limited numbers. With an expected price tag of around $400,000, the new Ford GT won’t come cheap. But hey, you can always own this Hot Wheels Ford GT by Mattel. The die-cast model was recently previewed at the annual Nationals Convention in Indianapolis where other future models were also shown to the press.

The Hot Wheels Ford GT which was previewed last week features an exquisitely crafted die-cast body in dark blue with grey wheels. Interestingly, the rear wheels are slightly larger than the front much like in real life. The paint quality looks immaculate and intricate details like the air scoops in the front, engine cover and unique aerodynamic buttresses are all there. 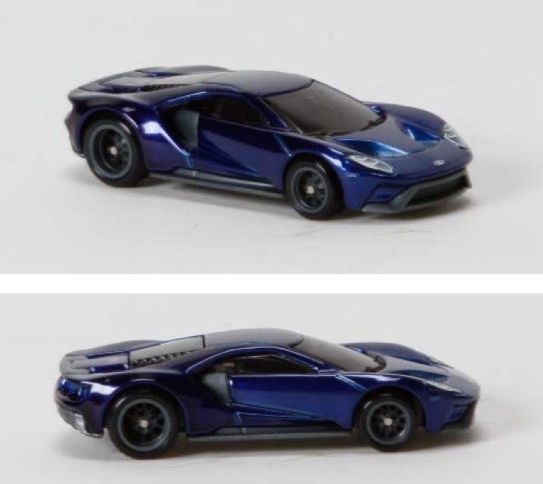 When the actual Ford GT comes out later this year, it will have a twin-turbo V6 engine at its heart. With a peak output of over 600 hp, this definitely is a force to reckon with, especially for its main rivals- Lamborghini.